5 Scholarship Grants for a PG Diploma Course on Indian Aesthetics 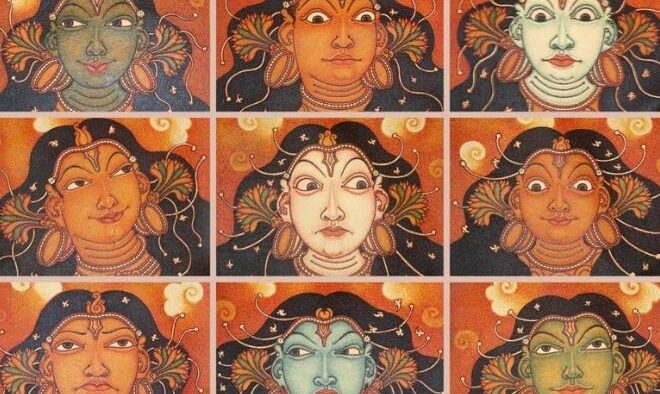 We are pleased to announce five scholarship grants to meet 80% of the courses fees for a Post Graduate Diploma Course in Indian Aesthetics being conducted by Jnana Pravaha Mumbai ( JPM) . JPM is a para-academic institute that offers public programmes and postgraduate courses in the history of aesthetics, critical theory, art criticism, and writing style. They are launching a course on Indian Aesthetics from the 23rd July 2022. A brief extract about the course is given below, the full particulars may be read here:

IA encompasses the premodern, the modern, and the contemporary, as well as popular traditions, to map the most significant areas of Indian aesthetics over roughly 5000 years. Indic philosophical systems and their transformations underpin the course, which starts by introducing students to principles of classical Indian aesthetics, the Sanskritic theory of Rasa, as well as the relations between form and content that generate artistic meaning.

Though the course uses art historical records and material remains, the aim is to uncover discursive meaning rather than just primary or explicit and secondary or implied understandings of texts and objects. Course scholars present current research and practice in the field, ensuring relevance and evolution of thought. Chronology and style are not emphasised as much as questions of “Why?” and “To what effect?”, which motivate the pedagogy.

After an archaeological and anthropological exploration of the Harappan civilisation, and an analytical examination of early terracotta and numismatics, India’s finest scholars proceed to elucidate Buddhist art, its iconography, and world view, through the earliest material remains and extant texts. Foundational notions of Buddha, Dhamma, Sangha, and the beginnings of narrative representation and cosmology traverse the realms of orthodox Theravada, as well as examine the present-day political affiliations of the complex Vajrayana. The course moves to an elaboration of Jain philosophy and art, recreating the biographies of the Jinas and the Jain cosmos through painted, sculpted, and textual images as well as the visual aesthetics of temples, both structural and excavated, providing a comprehensive understanding of this world view.

Several lectures offer a thorough examination of the origin, lives and iconography of deities such as Shiva, Vishnu, and Devi, moored in the Vedic, Brahmanical, and Puranic traditions. Examined through a wide range of seminal architectural, sculptural, and other visual forms, the course ensures that students are familiarised with existing debates in the literature, addressing the problematics of theory, method, and practice as well as the contentious definition of masterpieces. Temple architecture is analysed in terms of the placement of icons and their esoteric meaning, exemplifying how ritual and iconography are often at the fulcrum of philosophical systems. Subsequent lectures relate the concept of Shakti to the Agamas and Tantras, texts often couched in a purposeful and mysterious language, to explicate the relationship between macrocosm and microcosm. Concepts such as Nada, Bindu and Kundalini Yoga, to name a few, are addressed…..https://www.jp-india.org/courses/indian-aesthetics

Interested scholars and public intellectuals passionate about Indian Aesthetics may write to us with their resume at namaste@indica.org.in . In order to be eligible for the grant, shortlisted applicants will have to write the following two essays:

a) What matters to you most and why?