Update on Anthology based on Flight of Deities & Rebirth of Temples 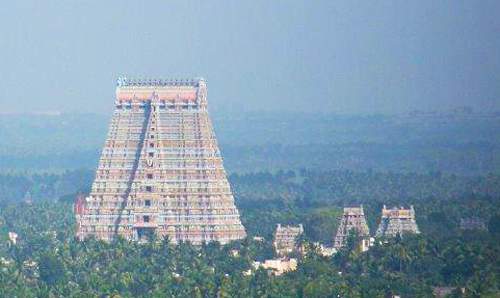 July of 2020, Indic Academy had announced a project to curate an anthology of short stories inspired by historian Padma Shri Meenakshi Jain’s groundbreaking book ‘Flight of Deities and Rebirth of Temples: Episodes from Indian History.’

The project attracted a large number of compelling stories. Keeping in mind several constraints, we have shortlisted stories of the following authors for the next phase of our project.

Aditi Banerji: Aditi is a practicing attorney and a published author. Her novel ‘The Curse of Gandhari’ was published in 2019. A prolific writer, Aditi is a Columbia University alumna.

Aneesh Gokhale: Aneesh is an author, most recently of Battles of the Maratha Empire. His articles on Maratha and Assamese history have appeared in various online and print media. He has also given public talks on a dozen occasions.

Krishna Kavita: Kavita is a student of Pujya Swami Dayananda Saraswati ji, of Arsha Vidya Gurukulam, and has continued her Vedanta studies in the same parampara. Kavita has degrees in Philosophy, Engineering, and a postgraduate degree in International Education.

Prashnu Saxena: An avid reader of world history and mythology Pranshu inherited the inquisitiveness from his grandparents. Prashnu is one of the contributors to our anthology Unsung Valour.

Rajesh Ramchander: Rajesh has a deep passion for Indic literature and is a student of Yajur Veda. An avid reader, a hopeful writer, Rajesh loves traveling. Rajesh is an Engineer and a Trader with degrees in Physics, Computer Engineering, and Data Sciences.

Shubhra Prakash: Shubhra is an actor, producer, playwright, and voiceover artist. She is the writer of the latest comic and short film Priya’s Mask.

Surela Chakraborty: Surela is a freelance feature writer. She has written for both print and digital platforms on various lifestyle topics, art, culture, social issues and initiatives, and human-interest stories.

Deepa Duraiswamy: Deepa holds degrees in engineering and management from the University of Pune and IIM Calcutta. Her desire to understand the āgama-s and make them more accessible for a modern audience led to an interdisciplinary Ph.D. at the Department of Sanskrit, University of Madras.

We are now entering a critical phase of this project and we will keep everyone updated with the progress.

This is the fourth in the series of anthology projects undertaken by Indic Academy. Unsung Valor, curated by Saiswaroopa Aiyer is already a success, Aditi Banerji is heading a project on Lesser Known Characters of the Mahabharata is already in its advanced phase and Shivakumar is curating an anthology on Indic Women of Substance.