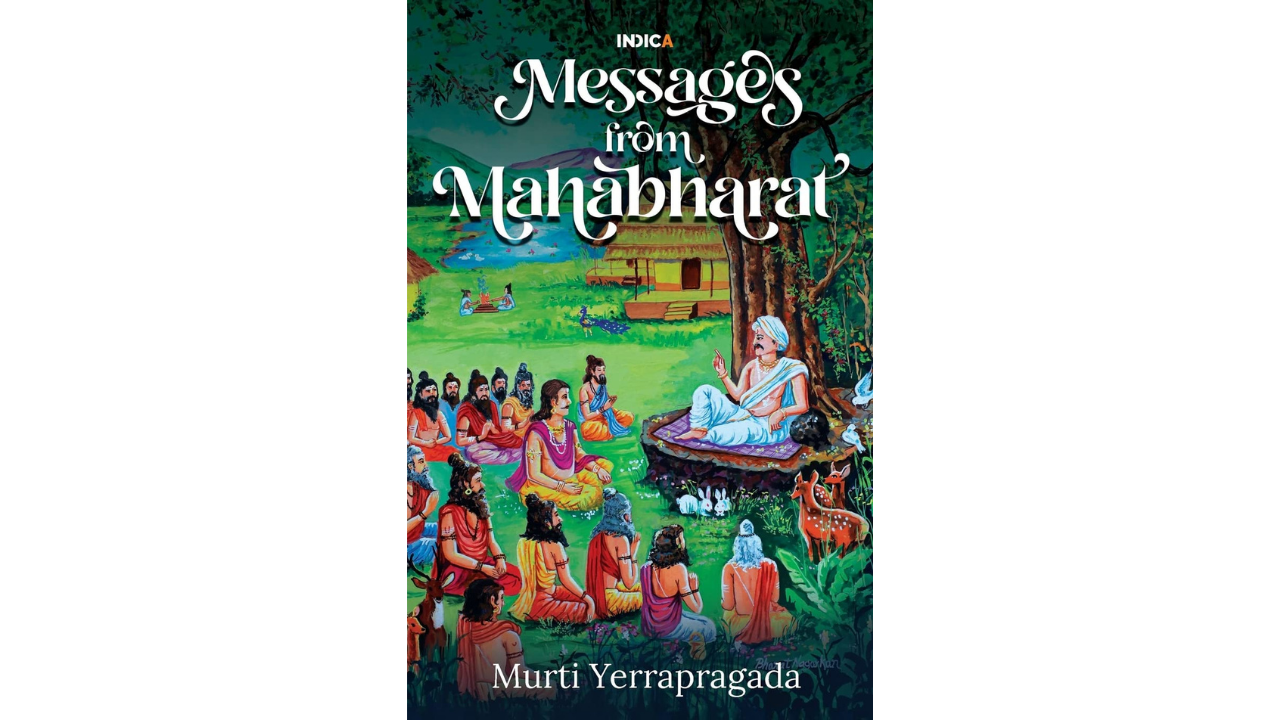 INDICA is pleased to announce its latest book Messages of Mahabharat by Sri Murti Yerrapragada.

Mahabharat is the fountainhead of Indian Culture. Children, youth as well as the educated public across the world can appreciate the cultural wealth of India epitomized in the all-inclusive epic Mahabharat.

In 50+ ZOOM sessions, our author Murti Yerrapragada, covered narrating the entire 18-parva epic to his grandchildren, starting from Adi Parvam and ending in the Swargarohana Parvam. This included many stories, sub-stories, as well as a full account of the 18-day war and beyond.

For each session, the course material was carefully prepared by consulting the epic texts, more specifically the Telugu MahaBharatam written by the Kavitrayam: Nannayabhat, Tikkana Somayaji and Yerrapragada. It is known that the Telugu Bharatam runs close to the original, doing full justice to Vyasa’s original creation, story-wise as well as message-wise.

Thereby a book took shape in black and white. The 625-page book is now published as  “MESSAGES FROM MAHABHARAT”

Murti Yerraparagada, Ph.D., Retired Professor of Physics, IIT Madras, joined the department of Physics when the IIT Madras was in its infancy. He has four decades of teaching and research experience; led a research group of doctoral students in different areas of theoretical- and experimental-condensed matter science. He published over 150 original research papers in reputed international journals and a book on Nonlinear Optics. Over 20 students received doctoral degrees under his supervision. He served as the head of the department and senate nominee on the Governing Board of IIT Madras and was the chairman of the Campus Educational Society.

He worked as a visiting professor at Clemson University, South Carolina, USA, and has given keynote and invited talks at national and international conferences. After superannuation from IIT Madras, he served as the founder-head of the Physics Department at IIT Guwahati.