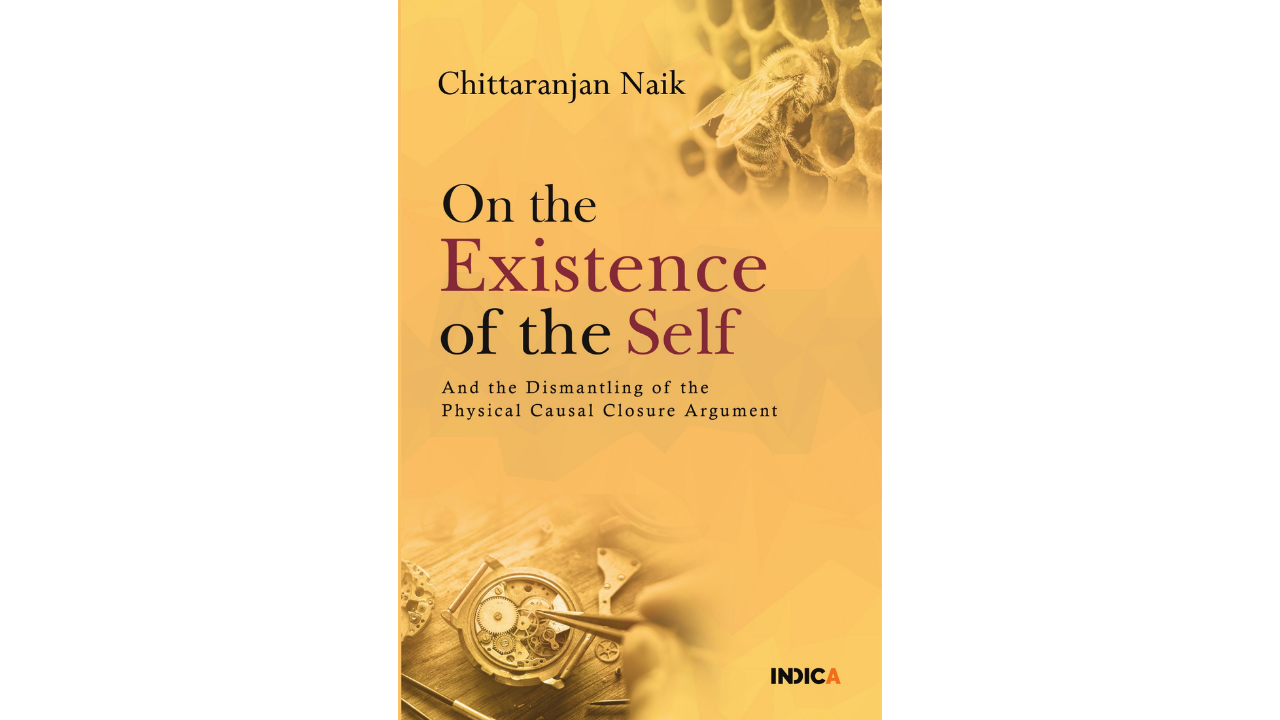 Indic Academy is pleased to announce the publication of its latest book ‘On the Existence of the Self’ by Chittaranjan Naik.

Today most scientists and philosophers have come to regard the notion of the self as a kind of illusion, as a theoretical construct similar to the notion we have of the center of gravity. There are two reasons for this phenomenon: the first is due to the view propagated by the empirical sciences that all things in the universe, including the presence of consciousness, can be explained solely from physical causes; and the second is due to the philosophical arguments marshaled against substance ontology by David Hume and Emmanuel Kant and the consequent discarding of the idea of self as substance.

This book confronts both these views – in two separate parts of the book – and shows them to be untenable. It provides a fresh proof of the self’s existence by demonstrating that the goal-oriented actions of living beings cannot be explained solely through the laws of physics and that these actions point to a unique power possessed by the self, known in Indian philosophy as kriya-shakti.  This proof, along with the Direct Perception Theory presented by the author in his ground-breaking first book ‘Natural Realism and Contact Theory of Perception’, effectively dismantles the idea that the physical universe forms a causal closure and open the doors to a domain of knowledge beyond empirical science.

Born in 1954, Chittaranjan Naik has a deep interest in spirituality and philosophy. It all began with a powerful spiritual experience he had while pursuing post-graduation at the Indian Institute of Technology, Madras, and which led him to a study of both Indian and Western philosophies as also of the world’s major religions. He has engaged in philosophical discussions with both Western academicians and Indian scholars. He is a spiritual sadhaka in the path of Advaita Vedanta and has a deep conviction that the six traditional darshanas of Indian philosophy form an integral part of the structure of Sanathana Dharma. He left his job in the year 2007 in order to devote more time to his spiritual quest and to work towards the revival of the timeless Indian intellectual tradition that had once prevailed in the country.

Chittaranjan Naik has degrees in Aeronautical Engineering (B-Tech) and Industrial Engineering (M-Tech), both from IIT Madras. He has worked in various corporations such as Rashtriya Chemicals & Fertilizers Ltd., Indian Express Newspapers Group, Starcom Software, 3i Infotech Ltd., and as a free-lance consultant.

Get Your Copy Here