New Book Release ‘ A Primer of Spirituality’ by Prof V.Krishnamurthy 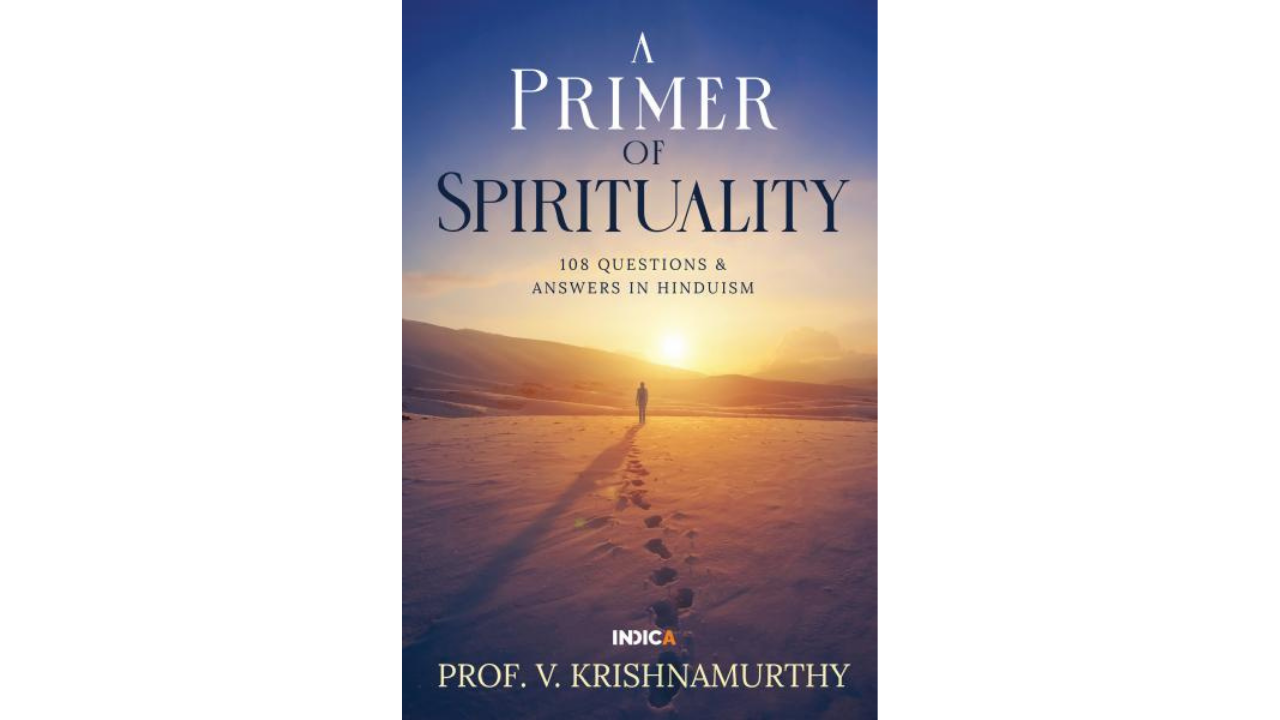 INDICA BOOKS is pleased to announce its latest publication ‘A Primer of Spirituality’ by Prof V Krishnamurthy.

This book arose from questions raised in various classroom lectures, face-to-face meetings and social media conversations by the author with fellow travellers on the spiritual path. The author seeks to clear the haze around the knowledge and understanding of Sanatana dharma, and clear the cobwebs around its vedantic aspects.

The subject matter has been broken into four parts. The first part, Part A takes up general questions. Part B is confined to Hindu religion and its fundamental tenets, observances, practices, mantras, temples, gods and worship. The third part, Part C, full of Vedanta, is what sets the style and title of this book, by taking up questions, mostly on spiritual sAdhanA, many of which tend to be almost a Purva-paksha argument (an opposing logic) type. Part D is a small synopsis of the Advaita of the Upanishads, as brought out by Acharya Shankara and is intended to give a background perspective to the rest of the book.

Prof.V.Krishnamurthy is a former Professor of Mathematics and Deputy Director of BITS Pilani with over two decades of association with that great Institution. Born in 1927 into the family of an erudite Vedic scholar, Shri. R.Visvanatha Shastrigal, he has been systematically trained and drunk deep of the Vedic tradition and Shastras from boyhood. This shines in the present offering.

He has lectured widely to both domestic and foreign audiences on our ancient scriptures like the Upanishads, Valmiki Ramayana, Shrimad Bhagavatam and Bhagavad Gita. As a prolific writer with more than a dozen books on Mathematics, Hinduism and Advaita Philosophy, he is noted for his missionary zeal for making these accessible to the educated layman. His latest publication among others is Thus Spake Krishna. In addition, he is a recipient of half a dozen awards and honours for his distinguished thoughts and contributions, the latest being a Grateful2 Gurus Awardby the Indic