Launch of Center for Embodied Knowledge 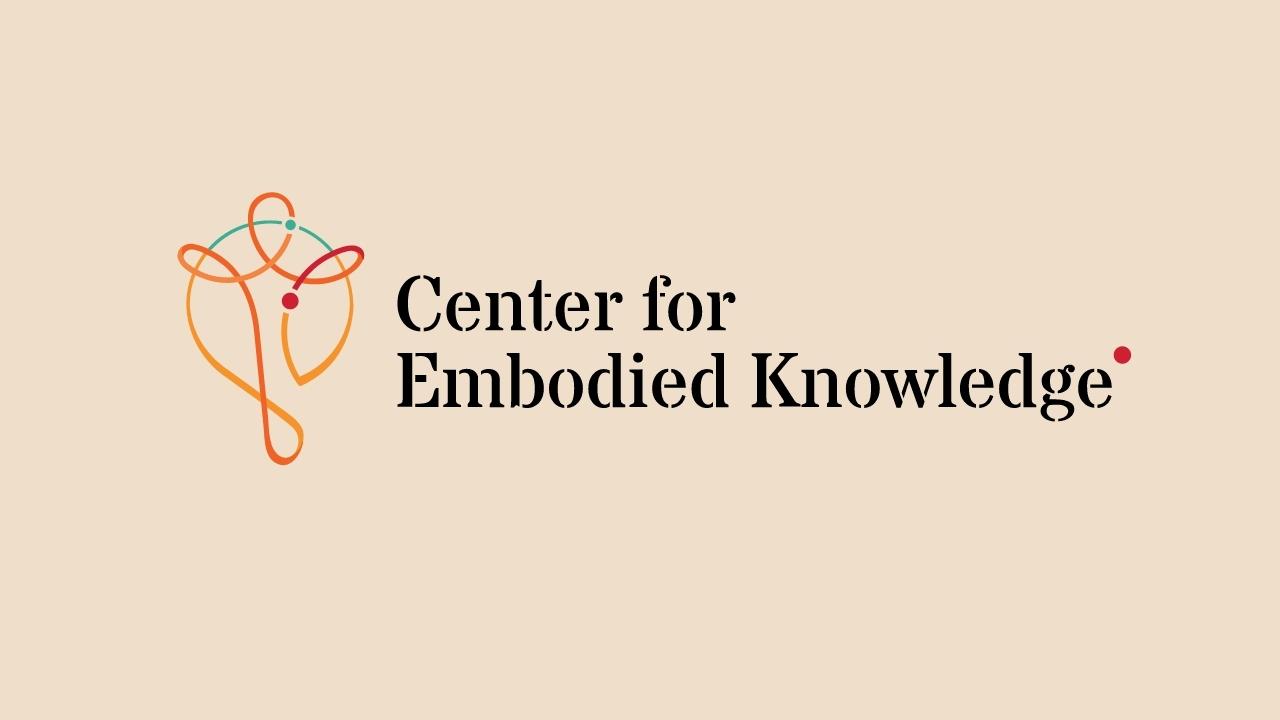 We seek,
seeking fellow travellers
to nurture crafts of hand and voice,
love and effort,
in tune with nature, traditions,
living and lost,
in search of languages,
those that are silent not spoken,
languages of action, embodied.

We are pleased to announce the launch of Center for Embodied Knowledge (CEK). Founded by Hari, Sunny Narang and Akanksha Damini Joshi, CEK talks of spirituality as life and living as a spiritual practice. Our guides are those who have embodied the deepest seeking of Satyam Shivam Sundaram in living; Gora as a potter, Namdev as a dyer, Ravidas as a leather artisan, Kabir as a weaver and thousands of such practitioner-mystics in India. Their tool and craft is a path to Sat Chit Ananda along with creating Saundarya. These guides share the inherent divine connection, the magic of existence.

CEK has been conceived for preserving, protecting and promoting non textual civilisational heritage of India. More specifically we seek to :

CEK is a Section 8 company registered in Hyderabad, Telangana, India.  A brief background of the Founders is given below.

Over two decades she has documented social conflicts, natural disasters, environmental strife in India. Filming lives of people in conflicts, Akanksha has come to understand that it is the Indian peoples connection with the Sacred – in all diverse forms and colours – that has been the anchor, through and beyond their crises.

Some of her internationally award winning films are Earth Witness, on climate change told through various tribes, in different ecological zones of India; and Hindu Nectar: Spiritual Wanderings in India, experienced with seekers from various nations who have found their spiritual home in India.

Akanksha has also made films on disruption in textile spinning technology like MICROSPIN, and on a microbial consortium for degrading oil spills developed by TERI as Oil Zapper. She has also made a film on Right to Information with Arvind Kejriwal – during his days in Parivartan, the NGO he founded – for a US based foundation. She has worked with OXFAM on a film on the UN Millennium Development Goals besides a short stint as the executive producer of news channel Janmat, a SAB TV venture later bought by SONY TV India.

Over more than a decade now Akanksha has also been conducting meditation groups based on various wisdom traditions of India . She creates immersive and interactive experiences innovating with technology, visual and sound design. Through the pandemic she has facilitated online meditations each morning for two hours for 385 days.

Akanksha is presently working on a film on Kashi and a book designed as a manual of various Indian meditation techniques for contemporary practice.

Sunny Narang has worked with and mentored people as well as start-ups at all levels and in a number of industries across India. For many years he committed his energies and innovations to help in the transformation of the Indian crafts sector focusing on turning sustainable development into viable enterprises.

Subsequently he guided a number of cutting-edge start-ups, design enterprises, sports businesses and retail ventures. In his earlier role as Chairman of the Anglian Omega Group (India) he was  instrumental in expanding the bright bar business to Pune and Chennai while simultaneously upgrading technology and quality to match the expectations of global auto-component and auto companies setting up bases across India.

Sunny was the main driving force behind Anglian Omega Group’s  India operations from 2010-2017 .

Sunny outlined the strategy behind the Anglian foray into Industrial Hubs , Warehousing and the Infrastructure sector.

Sunny’s experience in and deep understanding of sustainable development combined with the latest technologies and best practices has helped define key strategic initiatives for the Anglian Omega group of companies.

He  now actively mentors his own personal portfolio of start-ups and manages his investments via Rasa Investments Group which includes his personal holdings as well as via his holding companies Rasa Business Innovations and Essu Finance and explores his passion for Desinomics .

Hari Vadlamani (Hari) is a Chartered Accountant by qualification and a serial entrepreneur and venture investor, having been involved in four ventures in Technology and Energy sectors.

He is deeply passionate about Art, Philosophy and Indian Cultural Heritage and is a Dharmic – Indic Liberal *

In 2015 he transformed himself into a Social Entrepreneur pursuing the preservation, protection and promotion of Indian Heritage. He founded INDICA (www.indica.in) and NICE (www.niceorg.in), both not for profits in the area of Cultural Education and Entrepreneurship.

Hari brings in an entrepreneurial mindset to his work by incubating a portfolio of ideas, rapid prototyping, absorbing failures, applying a three horizon framework, thinking of scale and technology etc.

With the mindset of a venture investor, he is focused on backing passionate individuals. He encourages, enables and empowers them to discover, nurture and express their creative potential. He believes in transforming the narrator and not the narrative.

Hari strongly advocates pluralism and envisions a vibrant ecosystem of diverse set of players and ideas. He seeks to build the enabling infrastructure by connecting various players, contributing to their efforts and collaborating with them when required.

Hari believes that Indian thought and the indigenous ways of life from various global traditions have solutions to some of the key challenges we face today, especially sustainability, happiness and well-being. He strives to offer this wisdom through authentic, immersive and transformative learning experiences.

Hari uses an integral strategy to develop the requisite institutional mechanisms that can transform a billion global consumers into conscious thinkers, entrepreneurs, leaders and, most importantly, seekers.

The logo of CEK has been designed by Tacit (www.tacit.in) a firm founded by Sindhu and Kiran Kulkarni, Banglore. In the note below, Sindhu explains the concept behind the design.

“Center for Embodied Knowledge intended to be a platform for the development and promotion of indigenous knowledge systems. And when we were to design a visual Identity for it, we were left wondering about “How” and “What” the traditional Dancers, Musicians, Weavers, Craftsman, trapeze artists, players “know” when they are performing their Act ? How does one absorb the knowledge that is taught by a teacher and melt it to make it so deeply one’s own and yet be able to pass it on for generations to come? Where is this knowing positioned ? How much of the mind and how much of the body is involved in this process of learning?

With a growing interest in Indic knowledge systems, we began to unearth and learnt that, Unlike the Cartesian separation of the Mind and Body, Indigenous knowledge systems believed that knowledge is created in the unison of the mind, the body and the heart. A resultant of the constant flow of senses and action that occur within the experiences and the ever-changing unique social contexts of an Individual.

In the Ancient Indian texts (Mundakopanishad, 1.1.4) and jaina texts, knowledge is defined as a combination of Pratyaksha jnana (that which is perceptible to the eye or visible) that is learnable and Paroksha jnana (beyond the range of sight) which is realised by the act of sadhana (Process of preparation) through which the knowledge gets constituted in our inner self – that there is no separation between a subject that knows and an object that is known.

The Indian texts also talk of 18 “Vidyas” (theoretical disciplines) that get applied and realised in the 64 Kala’s (Crafts). The “crafts” were to have a direct relevance on day-to-day life of the people and most of them are still a part of Indian life. For these traditional craftsmen, the craft is not only their profession, it is also their worship. In our culture a craftsman/dancer/weaver is held in high esteem as a sadhaka, a devotee whose entire self attaches with great reverence to the object and both evolve together. The training is a form of tapa, a dedication and the primary virtue they aim to acquire is a state of physical, mental and emotional equilibrium – ekagrata.

With these thoughts at the heart of the design process, We wanted to create an expressive symbol that embodies the “Unison”, “equilibrium”, “As a seed that self iterates” while following the basic design criteria for a visual identity being simple, Appropriate to the audience, distinct and Versatile.

Inspired by the play of creating shapes and forms by the use of single strand of thread, we worked on achieving a coherent form starting with a dot as the “seed” at the position of the heart and the movement of this seed is captured in a single gestural stroke that develops as an agile human like-form and coming to a full circle while it passes through the hands and the mind and is finally constituted in the inner self, represented by the turquoise dot.

A harmonious split complementary colour scheme starting with the Red at the heart representing passion and moving on to shades of orange towards the body representing creativity and ending with Teal/ Turquoise at the portion of the head was chosen representing wisdom and Tranquil energy.

The wordmark was made with Typeface “Stardos”. With its very stencil-like but humanist style, it bridged the expressive symbol and brought in a more formal graphic language to the Identity. The choosing of the word mark was also inspired by the fact that “reading” itself is an embodied activity that even when a form is unfinished, the recognition happens due to the familiarity of the form over time.

With its inspiration firmly rooted, the expressive but universal visual form, the colours and the wordmark combined to create a visual Identity that embodied the center’s core intent and bring the communicative depth and clarity about the work the center and its grantees do.”  – Sindhu & Kiran