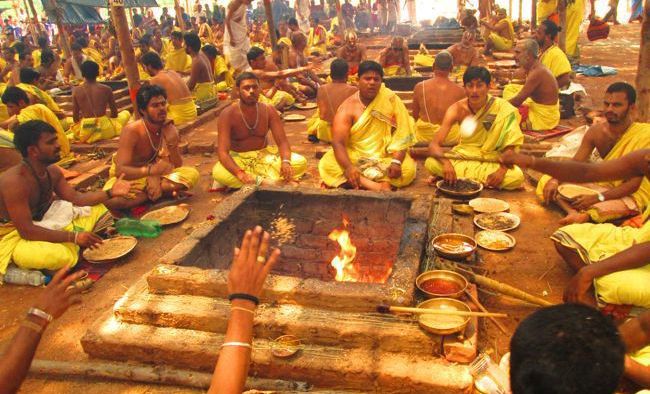 Sri Mahaperiyava of Kanchi said “The Welfare of the entire world depends on the Vaidika-yajna-karma-anushtanam performed in India. There need not be any doubts in this matter. The entire world exists because of yajna.” And one of the most important component is “Karta” or the sacrificer.

While Chaturmasya is a nitya karma, Vajapeya is a shrauta sacrifice, conducted for loka-kshema, i.e., welfare of the society. It seeks to energize the environment that would facilitate welfare. The mantras chanted in specific order bring peace, prosperity, and welfare to all living beings at an energy level. The divinities invoked and invited are the facilitators of energy transformation.

Indic Academy is delighted to have participated in this noble endeavour through monetary contributions. A sum of INR 25,000 was granted to the organizers for the sacrifice. Details of the rituals can be found in the following flyers.