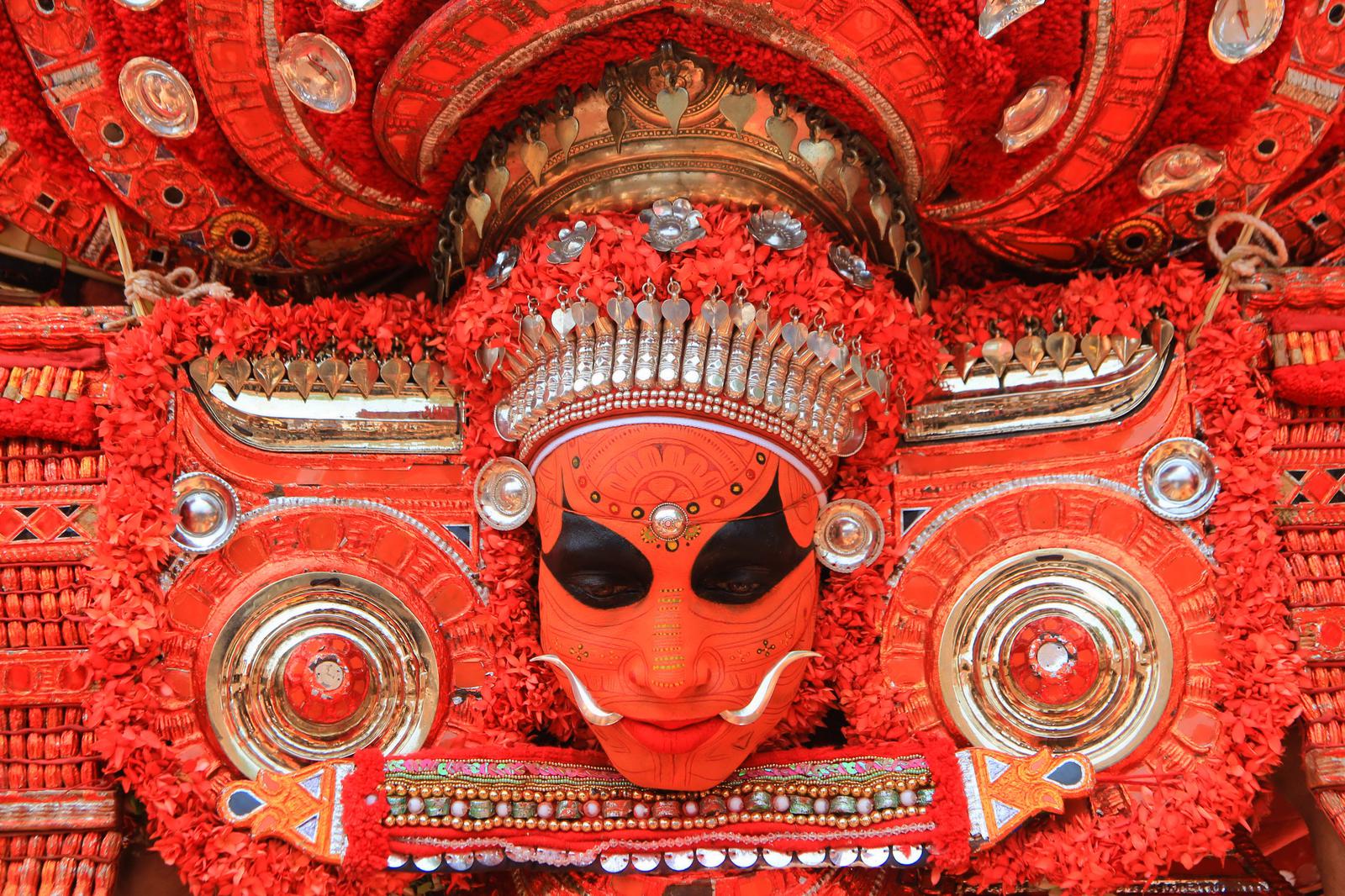 INDICA RENAISSANCE FUND ( IRF) is pleased to announce a grant of Rs one lac to Pepita Seth for her forthcoming coffee table book on Theyyam, titled ‘ IN GOD”S MIRROR – The Theyyam Universe “

“The proposed book centres on Theyyam, an extraordinary 2,000 year old ritual of worship found only in the northern region of India’s south-western state of Kerala. It is in this myth-wrapped land that empowered men become temporarily transformed into deities. Whilst the process is an internal one that obliterates the practitioner’s human persona, on an external level his face is transformed by intricate make-up and his body fantastically costumed. Following a separate initial ritual, the practitioner concludes his preparations with a defning moment: gazing into a hand mirror and seeing the face of the deity, the Theyyam he has now become. While all Theyyams—the word is a corruption of daivam, meaning quite simply God – perform specifc rituals and dance to express their joy at seeing their devotees, the last stage of their manifestation involves them blessing, healing, exorcising, answering questions and maintaining the link between man and the divine.”

About the Author and Her Journey :

”Although born in London I grew up on a farm in Suffolk and trained as a film editor. After my mother’s death I discovered her grandfather’s diary. It began in 1857, detailing his arrival in Calcutta and his regiment’s march to Lucknow where they were besieged. Although the diary fascinated me when I set out in 1970 to spend 3 months tracing its route, I knew nothing about India. Yet its impact was such that, in 1972 I returned to India, to Kerala, intrigued by the information that elephants were used in temple festivals. Photographing these festivals led me to more intimate and lesser known ceremonies and I eventually settled in Thrissur, committing myself to photographing Kerala’s remarkable traditions. Inevitably I became involved with Theyyam and, having met some of its practitioners began seven seasons of photography. In 2000 I began “Heaven on Earth”, a book on the Guruvayur Temple, which also took seven years. In 2012 I was awarded the Padma Shree.

As soon as the Guruvayur book was released I went to Malabar to see the theyyakkarans – Lakshmanan Peruvannan and Murali Panikkar, their families, and other practitioners. Although they suggested that I continued working on Theyyam I refused, reasoning that I was now much older and no longer an innocent. I also knew, or thought I did, exactly how much stamina a long term commitment would demand. Yet since nobody took the slightest notice of my protestations, I sensed that my return was assumed. As a result I made a request: that the book would be a collaborative effort. What I never expected was their condition: that I stayed with them. It changed absolutely everything, giving me extraordinary access, taking me into their homes and being part of their lives. Furthermore, it meant that I saw how Theyyam impacts on their daily lives, what it actually means to ‘carry’ a deity, to be a practitioner and, above all, to hear their stories and catch some of the inner nuances. It took little time to realise I had wildly underestimated the stamina ultimately required. Yet as 15 years came and went, far exceeding the time I had expected to devote to Theyyam I became tangibly aware of the role being played by Theyyam’s deities. My growing suspicions were clarified one morning when I approached Patamatakky Bhagavathi to make my offering and receive her blessings. After looking at me she took my hand, pulled me close and said: ‘You should never think it was your decision to do this work. It was not. It was our decision.’
While people often talk about ‘Theyyam’s world’ the word is far too small, as is universe. Although galaxy is somewhat more appropriate there is still a problem since Theyyam consists of not only what it is perceived to contain but what is present and contained, but unseen. As such it can be likened to the icebergs that loom out of the Arctic waters, powerful and gigantic but veiled and obscured by the ocean’s depths. And so it is with Theyyam, its magnificent externals blinding us to what is shrouded and lies beneath, concealing the multiple aspects of a limitless and incalculable vastness. Yet the aptness of these analogies brings up a major problem: how, without brutally truncating a vast amount of information could Theyyam be honestly depicted and honoured? Eventually a delicate balance was found, one that detailed more than just Theyyam by showing how the land, its shrines, people, rulers and myths are all subtly bound together, concentrating on certain aspects so that—collectively but not always directly—they might provide a wider picture of Theyyam’s scope and influence. My hope is that this approach will lead to the understanding that when Theyyam’s practitioners call the gods down from heaven they are not only ‘carrying’ them before their devotees, but are themselves the bearers of Malabar’s extraordinary culture”. – Pepita Seth