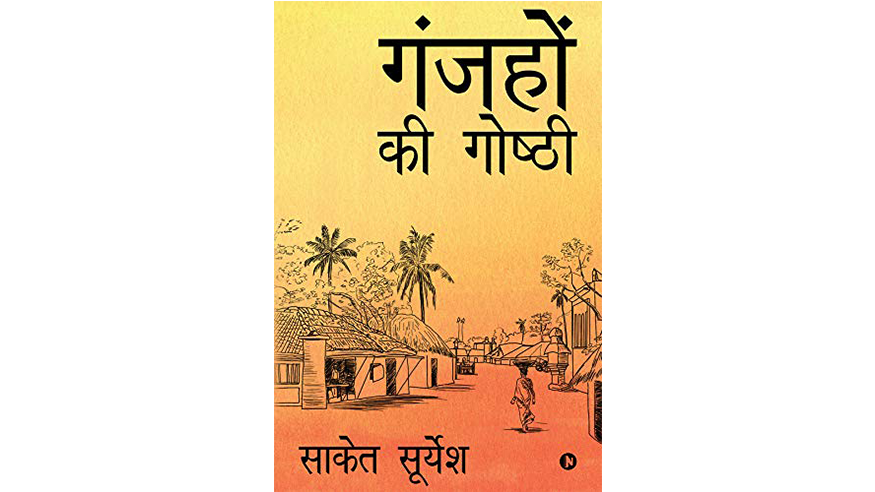 Indic Academy(IA) is proud to showcase Saket Suryesh’s book Ganjho ki Goshthi – a collection of contemporary satirical essays in Hindi, where in author Saket Suryesh looks at the current socio-political scenario and recreates the magic of Hindi satire once visible in the world of Sharad Joshi, Shrilal Shukl and Harishankar Parsai.  In one way, Ganjho ki Goshthi is a dig at the inconsistencies of the modern world, modern value systems and modern politics, waltzing around with fictional heroes from the past. You have characters from Rag Darbari wandering about, Emperor Ashok landing in Karnataka post elections and even legendary writer Sharad Joshi himself coming out of retirement to get his satire published. Through these wonderfully threads of essays, Saket Suryesh weaves an outrageously funny world without ever losing the grace, dignity and beauty of language, while carefully avoiding the smattering of Hinglish and cuss-words modern Indian satire and humour space is infamous for.

Saket Suryesh is based out of NCR and routinely contributes to leading journals and newspapers like Jagran, OpIndia and DailyO. Saket works with a major IT Multinational has previously published collections of poetry and a well-received collection of stories in Hindi. Saket’s fondness and affection towards writing is spread uniformly between Hindi and English and is followed fondly for quirky, witty and quality posts on Social Platforms. Interest in Politics and matters of national importance prompted him towards a satirical take on the current socio-political scenario of India and is his homage to his literary heroes like Sharad Joshi, Harishankar Parsai and Shrilal Shukla. Saket can be reached out on twitter @saket71 or his blog www.saketsuryesh.net