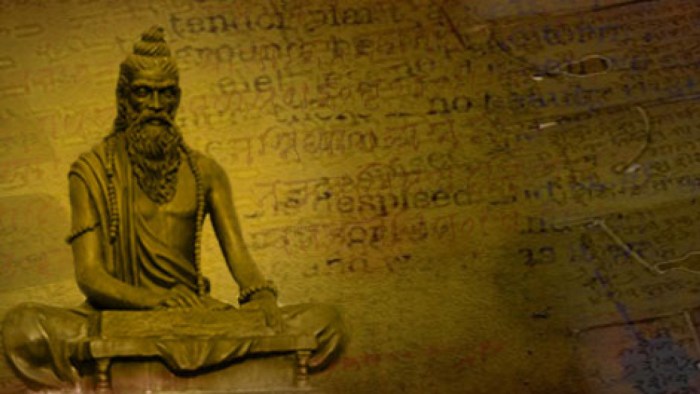 Last year, Indic Academy has established Indica Yoga under the stewardship of Vinay Chandra. The purpose of this initiative was to make Yoga teachings authentic, immersive and transformative. Over the last one year several workshops were conducted both in India and abroad. A conference was also held in Bengaluru in February this year.

It is now proposed to launch a comprehensive residential Yogacharya program targeted at practitioners who have already undertaken the various teacher training programs available in the market that focus primarily on Asanas. The proposed comprehensive curriculum would include learning Sanskrit, Yogasutras, Chantings, Kirtans, Gita, Ayurveda etc. It would a residential program where the student will undergo a transformation from being a Asana teacher to a Yogacharya.

A discussion paper has been prepared by Vinay Chandra outlining the context and the proposed curriculum. We now invite practitioners involved in this field to submit their suggestions as well as participate in a Round Table being proposed on 10th of May.

Never before has the practice of Yoga been so popular. With a modest beginning as a discipline of personal and spiritual growth in the villages of India, today it has reached every corner of the world.  Yoga has touched and transformed millions of lives in recent times. According to a survey conducted in 2017, there are about 200 million Yoga practitioners in the world of which at least half of them are of Indian origin either living in India or abroad. The number of practitioners in US alone is expected to rise to a staggering 55 million in year 2020![1]

With tremendous growth in number of practitioners, widespread awareness of applications of Yoga in therapy, health & wellness, there is also a huge expansion of the related industry, commerce and business around it. The revenue of the Yoga industry in US is projected to be around USD 11.6 billion[2]. Of the Rs 490 billion wellness industry in India, Yoga is expected to take a sizeable chunk of Rs 295 billion[3]. This would include yoga courses, yoga tourism, yoga merchandise and accessories.

Further, declaration of June 21st as the International Yoga Day by UN[4], following the proposal of Prime Minister of India, Sri Narendra Modi and supported by more than 170 countries including 47 Islamic countries stands as a clear testimony to the fact of universal acceptance of Yoga as a tool of not just spiritual but also of physical, psychological, emotional and social wellbeing.

Yoga in the Context of Indian Tradition

Yoga has a long history of a few thousand years in the unfolding of the Indian civilization. Though Yoga could mean many things to many people, it is a broad term for a variety of practices that are guided by a set of principles united in spirit and purpose. Its interpretations could easily vary from simple relaxation techniques to the experience of profound realizations while many equate it with physical postures. However, traditionally the main purpose for which it was practised was to assist puruṣa (the witness consciousness) regain his kaivalya (singular status or enlightenment) state of being by overcoming the influence and hold of prakṛti. Moreover, the fact that practising Yoga has many other benefits and advantages for one’s healthy living was neither unacknowledged nor overstated.  It must also be noted that, at no point of time, was the larger perspective of the spiritual goal of Yoga lost. Thus the emergence of Yoga as an aid to spiritual pursuit was recognized and adhered to in the ancient Indian context unambiguously.

Journey of Yoga in to the modern world

In modern times, since the visit of Swami Vivekananda to the Western world in late 19th and early 20th century and subsequent exchanges between the West and the East, Yoga became e a new found interest of the West. Following the visit of Swami Vivekananda, Swami Paramahamsa Yogananda, Maharshi Mahesh Yogi, etc. the West undertook philosophical and scientific interest in Yoga and also attempted to validate some of its claims as demonstrated by some Yoga masters like Swami Rama[5] in 1950s and 1960s. Meanwhile, in the first half of 20th century we see 3 exceptional Masters of Yoga arriving on stage in India – Swami Sivananda Saraswati (1887-1963), Swami Kuvalayananda (1883-1966) and Sri T Krishnamacharya (1888-1989) one in North, Central and South India respectively. Arrival of these Masters along with their highly dedicated disciples, both Indian and Western, altered the landscape of the Yoga world for good. While Swami Chidananda, Swami Satchidananda, and Swami Vishnudevananda and Swami Satyananda were students of Swami Sivananda, Sri T Krishnamacharya’s students included many world-renowned and influential yoga teachers like Indra Devi, BKS Iyengar, K Pattabhi Jois, TKV Desikachar, etc. With the work of all these teachers,  by the end of 20th century, the popularity and influence of Yoga had grown manifold – while the physical culturing appeared attractive, the spiritual dimension was never overlooked.

From Non-formal to Formal Arrangement

There have been many positive outcomes in the movement of Yoga into modern times with its spectacular shift from the periphery to the centre of social, academic and professional acceptance.  The study, practice and transmission of Yoga which was limited to Ashrams, Gurukulams and personal spaces earlier now moved into more organized, formal and collective spheres as well. Specialized universities like SVYASA in Bangalore have come up to pursue studies of Yoga with academic and scientific rigour; many Universities both in India and abroad have dedicated departments, collages, centres etc. to offer formal courses, degrees etc. and to conduct research; the courses are formally structured and the certifications are governed by competent authorities.

Yoga teacher training programs are quite a rage among yoga enthusiasts. Rishikesh is considered to be the Yoga teacher training capital of the world. Similarly Mysore, Dharmashala, Goa, Kerala etc. in India are known world over for the innumerable courses, programmes, retreats etc., that are offered by renowned Yoga institutions and teachers. Likewise, the programmes in several South East Asian countries especially in Bali, Cambodia etc. are quite popular in addition to similar programmes offered in US and Europe. The demand for such programmes has brought in formalization and systematization in the development of course content, delivery and teaching methodology. Acquaintance and study of modern disciplines like Human Anatomy and Physiology, inputs from empirical research on applications of Yoga, Psychology etc. are now integral components of such courses and programmes.

Further, the response to the growing demand has also brought in huge competition emphasizing the need for recognition, affiliation, accreditation and regulation. Several organisations like Yoga Alliance (US), European Union of Yoga, Indian Yoga Association etc. have attempted, to varying degrees of success, in providing the services as independent professional bodies known for setting standards in teacher & continuous education, accreditation, affiliation and in some cases regulation too. The courses are packaged into 100, 200, 300 and 500 hr programmes by these bodies over a period ranging from 20 days to 4 years. It must be acknowledged that the success of Yoga Alliance (US) surpasses all its counterparts all over the world with membership of nearly 100000 teachers and 10000 registered schools.

The medical fraternity, though with a great degree of caution initially, have now acknowledged the efficacy of Yoga therapy both as a primary intervention and as an add-on intervention to specialized health conditions. Attempts are being made to overcome the initial inhibition and to integrate the approaches of modern medicine along with yoga and other forms of alternative therapies wherever possible. For instance, MD Andersen Cancer Center of The University of Texas, US has a dedicated Integrative Medicine Program under which practice of yoga and meditation are included to complement cancer treatment and help improve quality of life of the patients and their families.

On the flipside, this journey of Yoga into modernity is not without concerns. What tends to become popular could also become superficial and may slip away from its essence. Many serious practitioners of Yoga are apprehensive about the future of Yoga as they see some disturbing trends:

A careful glance at these statements suffices to trace their origins in colonial and racist mindsets. These are just a few of such opinions being widely spread mostly by non-practitioners, who claim to be scholars.

In this context, taking these concerns seriously, Indica Yoga seeks to address them in its own humble way. We are of the understanding that most of the issues identified above could be addressed by fixing one critical component – by nurturing authentic and quality teachers. Therefore, Indica Yoga proposes to put together Yogacharya programme – a rigorous teacher training programme in immediate future.. Acharya is one who has mastered the shastras by integrating them into his living; who leads by example and teaches by his living. The programme will be designed, developed and delivered on the basis of Gurukulam model of education. With the unwavering sight on the ultimate goal of Yoga, the programme seeks to be authentic, immersive and transformative in nature.

In brief, the programme aspires to develop Yoga teachers who are:

On the practical side the Yoga teachers have to don many a hats. It would be desirable to enable these teachers to play multiple roles as demanded of them:

The programme intends to draw inputs from the best of both the Eastern & Western worlds; ancient and modern approaches to holistic learning. Attempt will be made to ensure that the content is holistic and integrated. The details will be fine tuned soon. The following areas of learning are being considered.

This is just an initial proposal for the consideration of all the scholar-practitioners to share their comments and feedbacks. Currently, this is just a statement of intention. The detailing of the programme in terms of structure, duration etc. will be undertaken after due consultation with experts and also studying similar experiments elsewhere.

We request you to kindly share your valuable feedback, inputs and observations at vinayachandra@indica.org.in .

[5] The book titled ‘Beyond Biofeedback’ by Elmer and Alyce Green of the Menninger Foundation gives us in great detail the various scientific experiments conducted on Swami Rama’s yogic accomplishments.