Is There any Discourse of Hindu Feminism? Dr Bharat Gupt speaks to Pankaj Jain 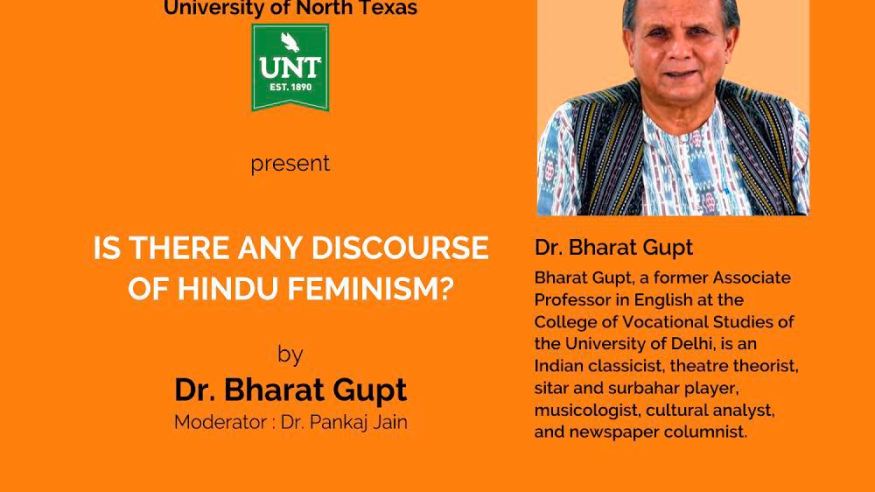 Feminism, some scholars believe, started in the West during the Age of Englightenment in the 18th Century. French philosopher Charles Fourier is often credited with having coined the word “féminisme” in 1837. From there it spread across the world in various waves with the objective of establishing political, economic, personal, and social equality of sexes. Today many women in India too claim themselves to be feminists.

But in a civilization so ancient as India, do we find evidence of feminist movement in our history? The Rig Veda mentions various women who were seers. Gargi Vachaknav is regarded as a great philosopher of the later Vedic age, who participated in a philosophical debate with sage Yagyavalka organized in the court of Raja Janaka. The insult to Draupadi in the halls of Hastinapur, among other factors, resulted in the great war of Mahabharata. What freedoms, liberties and restrictions did Hindu women enjoy in the medieval period of our history? Is it necessary to import a Western definition and framework, if there is evidence from ancient India that women enjoyed far greater liberties than most of their counterparts in other monotheistic cultures?

Dr Bharat Gupt who is a former Associate Professor in English at the College of Vocational Studies of the University of Delhi, theatre theorist, musicologist, cultural analyst and newspaper columnist, will speak with Dr. Pankaj Jain on the topic of Hindu Feminism. This talk is being organized in association with the University of North Texas.