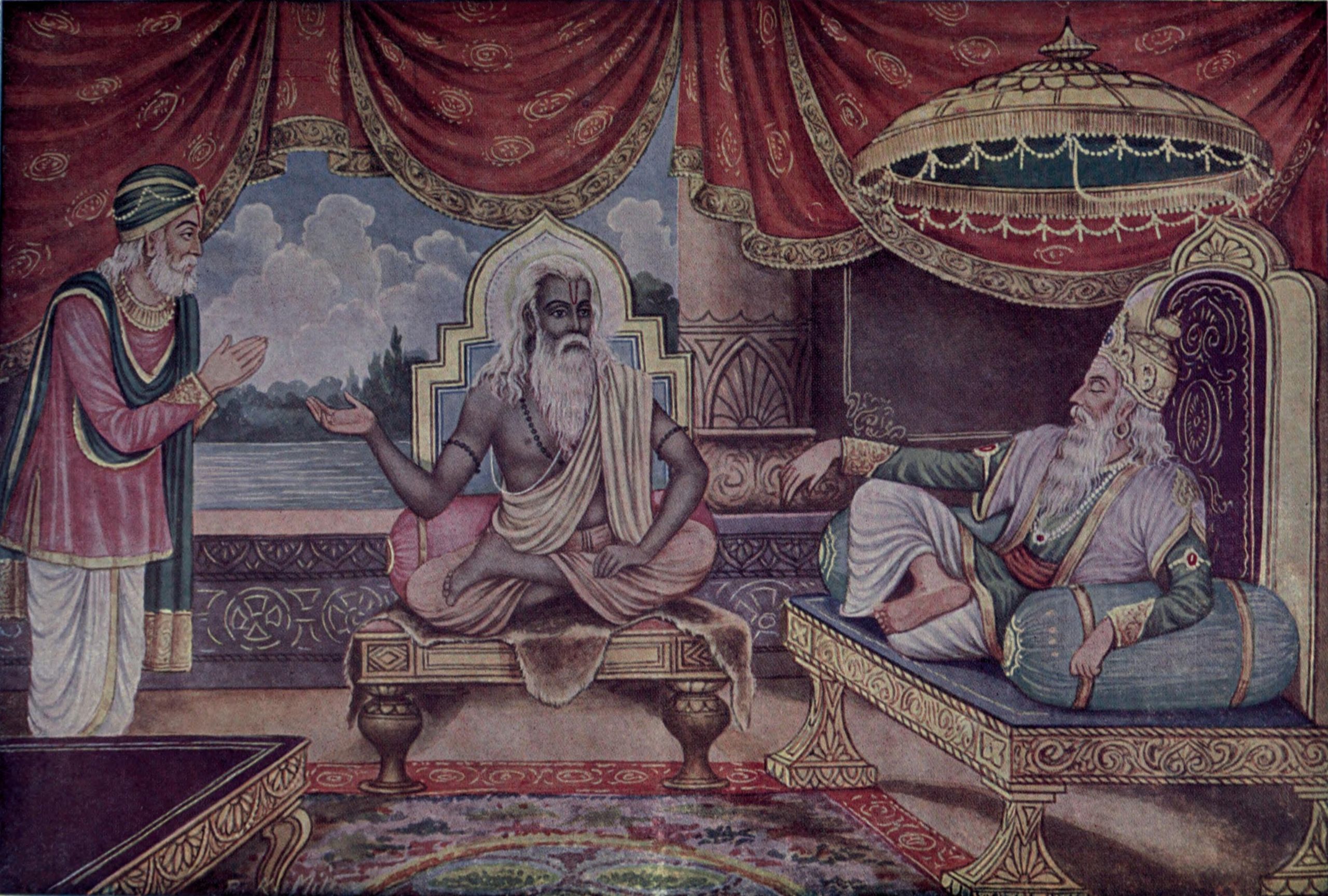 As it is rightfully said in the Mahabharata itself – “Everything related to the four Purusharthas of Dharma, Artha, Kama and Moksha that is found in [the Mahabharata] can also be found elsewhere. But what is not here (in Mahabharata) is nowhere else.” (Adi Parva, 62:53).

In that sense, the Mahabharata, the longest epic poem ever written, encompasses the gamut of emotions, conflicts and quests for truth and fulfillment that we all experience in life as expressed through the stories of an enormous cast of characters. Each character is so nuanced and complex that the entirety of the range of human nature can be found within the cast as a whole. Most of all, the Mahabharata is a textual embodiment of sacred knowledge that illumines the often difficult to discern and subtle workings of Dharma in different permutations and patterns so that we each can relate deeply to one or more aspects of the text.

The towering figures who dominate the Mahabharata – Bhishma, Arjuna, Draupadi, Duryodhana, Karna, etc. – are known to us all. We have told and reimagined their stories through dramas, literature and movies. They have helped shape our civilizational psyche and cultural heritage for millennia.

Yet there are still unplumbed depths to the Veda Vyasa Mahabharata. In its vast landscape, there are many lesser known yet equally intriguing and powerful characters. There is Sanjaya, the loyal charioteer, through whose eyes we see the Bhagavad Gita and the war unfurl. There is Bhanumati, the wife of Duryodhana who by all accounts loved her deeply. There is the great hero Ghatotkacha, the son of Bhima and Hidimbi, and the formidable Hidimbi herself.

Their stories are waiting to be told. With only a few sparse lines and passages evoking their presence, much has been left to our imagination by the greatest of poets. Through careful exploration of their characters and the underlying ethos of the Mahabharata, there is much for us to learn from these compelling characters.

Following on the great success of the Indic Academy’s earlier calls to participate in compiling anthologies on lesser known battles of the Mahabharata and stories related to depicting the harrowing struggle and fight to protect our deities as documented in Padma Shri Dr. Meenakshi Jain’s Flight of the Deities, the Indic Academy is delighted to extend a call to participate in a storytelling contest on the lesser known characters of the Mahabharata.

Interested participants can choose to write about Sanjaya, Madhavi, Madri, Ghatotkacha, Abhimanyu, Bhanumati, Nakula, Sahadeva, Yuyutsu, Dushala, Vikarna, Dhaumya, Ulupi, Subhadra, Balarama, or any other lesser known characters of one’s choice. The stories can trace the entire arc of the character’s journey through the Mahabharata or focus on a particular defining moment or moments in their lives. The story should bring out unique aspects of their personality and tie back to the larger themes of the Mahabharata — themes surrounding one or more of the purushartha (dharma, artha, kama and moksha).