Call For Papers: Conference on The Feminine in Hinduism 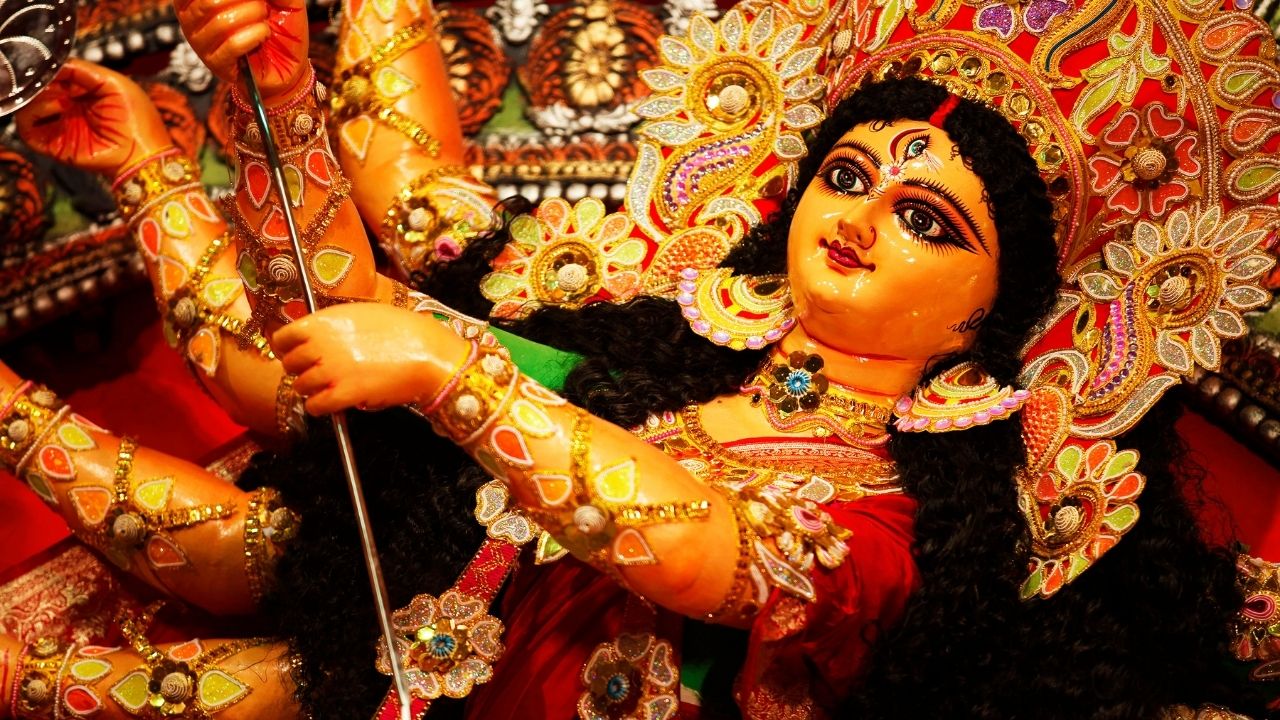 An ode to Sri, the primordial goddess, the cause of all, from the Rigveda. From her three eyes emerge countless worlds illuminated by countless suns, many solar systems and universes.

What better for a beginning than the invocation and metaphor of Sri Devi for understanding the feminine in Hinduism?

The Bhagwat Geeta says that all of creation is a garland of pearls strung on the same thread; such is also the feminine principle in Hinduism. It is part of the warp and weft of our cultural, religious, social, cultural and economic complex. Creation is seen in terms of the earth mother; the female body is the manifestation of the divine. Not for nothing is Bharat, or ancient Jambudweepa seen as connected by different parts of the body of Devi Sati.

There exist many modern and postmodern frameworks for the study of the feminine which have their roots in western social sciences but to use these in the context of Sanatana Dharma results in a travesty. A whole new approach is needed.

This conference on the Feminine in Hinduism is a part of an ongoing effort by INDICA to give voice to our own stories in our own ways, our own frameworks. The emic point of view.

Indic civilization is a kaleidoscope, the coalescing of myriad colors and shades. It is not to be captured in any one way but by using multiple points of view and ontologies.

One of these could be Varnashrama Dharma and the Solah Vedic Sanskars; women in different occupations and stages of life, studied in the clear light of reason and understanding. What are the different roles women essay in the unfolding of their lives? These roles could be in the domestic sphere or outside it; “Ghore Baire” as Rabindranath Thakur famously put it in the last century. How women engage with, negotiate and traverse these spheres especially in the context of contemporary times changing at a dizzying pace needs to be studied and recorded. The uniquely Indian feminine way of straddling all spheres from bahurani, kulpalika, grihapatni to software engineer, pilot or actor has not been studied sufficiently nor has appropriate credit been given to its flexibility. Not to be forgotten are women’s occupational roles in hereditary jaati occupations. Concepts of marriage, honor, widowhood, how do they play out now and what was the situation in the past?

Our heritage is both tangible and intangible. Monuments and artefacts are an important part of the former but often forgotten is intangible heritage. According to UNESCO, it includes traditions or living expressions inherited from our ancestors and passed on to our descendants, such as oral traditions, performing arts, social practices, rituals, festive events, knowledge and practices concerning nature and the universe or the knowledge and skills to produce traditional crafts. It is a curious fact that the custodians of intangible heritage are very often and very importantly, women. Whether it be daily rituals like drawing of kolam or celebrating festivals, or the traditions of folk artists, telling of stories and passing on culture through nurture in the home, it is women all the way. These are crying out to be studied and documented, not from the exotic point of view through the eyes of western theories but as part of living, vibrant practices which give meaning to life.

Any individual or group derives status in a given society through certain understood parameters. In India, since time immemorial, physical power, political power, knowledge, artha or riches and ritual rights have conferred prestige and standing in society. What is and has been the changing contribution of these factors across time? To what extent have the permutations and combinations changed? If, for women specifically, progeny were a source of status, has the new trend of anti-natalism and child free lives changed the situation? Has Artha become the predominant motivation in today’s times rather than Dharma, Kama, Moksha? Does the pursuit of knowledge for the sake of it hold any relevance for women today? Did it do so in times past?

And what about military power, what are the roles of martial women in history; are the antarvanshikas of the Mauryas or Rudaramma Devi exceptions which prove the rule? Were there feminine hunters, were any hero stones put up for women? Again, how does this segue into the issue of women being commissioned into the Indian Army today?

In Western academic understanding, controlling or overcoming nature is the bedrock of civilization and culture. In the anthropological narrative, then, the identification of women with nature is the root of patriarchy. Men, dominate and subordinate nature to establish civilization and are therefore, across cultures, able to keep women physically and psychologically in subordination. This school of thought ignores the fundamental difference in the Hindu tradition; the principle of creation itself is feminine as is the identification of women with different aspects of nature both beneficial and catastrophic. “Nature” is never “dominated” in Hindu thought. It is a system of deeply harmonious living, with nature, not struggling to exploit and control it to establish a successful “civilization”. The difference is apparent; Hinduism encompasses not just human beings but all of creation, char and achar, jada and chetan, it manifests itself in rivers, trees, mountains, birds, animals, earth, wind, air and fire. There are feminine relations to all these, Hinduism is the true home of the ecofeminist. These aspects are not dominated by a male principle but crafted into a beautiful whole. Women, environment, Hindu Dharma and the world are closely intertwined and the fracturing of these relationships is leading to untold harm. These links need to be recognised and revived and encouraged. The ideas of domination and exploitation of nature need to be replaced with empathy, unity and oneness.

And, the most important aspect which we cannot ignore, the concept of the divine feminine which is uniquely and primarily Hindu. From the days of the Saraswati Sindhu Civilization and the remains of female figurines identified as goddesses and priestesses found there to later images of Devi Durga and numerous other goddesses found at Mathura and Sonkh dated to centuries before the common era, and the ocean of representations of Devis since then, the divine feminine is at the core of Hindu religious practices. Even today, the worship of Kuldevis flourishes. This narrative is completely opposed to the son of god and prophets of god narrative and emblazons the importance of the feminine.

Temples to Devis are cradles of ecofeminism and indeed women are the flag bearers and protectors of the environment in the Hindu tradition, closely connected not only to temples and sacred groves but in the tiny and well thought out ways of quotidian life, the practice of traditional rituals and festivals.

This Conference invites a whole sweep of papers, an encyclopedia of the Hindu feminine, from the past to the present to the future, from meta to micro, transcendental to immanent.

This is a call then for both the heart and the mind, papers which reflect all the colors of feminine in Hinduism, a chance to showcase your own voice, themes and concepts which have remained hidden due to academic bias.

The areas around which the papers could cover include but are not restricted to the following:

The papers will be presented at the feet of the divine Shakti at Kamakhya at the Conference in March. ( Subject to COVID restrictions if any, prevalent at that point in time)

Short-term Research Fellowships were granted for studies in Indic Feminism by INDICA in 2021 supervised by Ms. Ojha. The completed research projects shall also be presented at the Conference

We invite practitioners, scholars, researchers, and connoisseurs to present papers on the Feminine in Hinduism from various perspectives as outlined above.

The Conference will be curated by Dr Nagaraj Paturi, Senior Director of INDICA, and Sumedha V Ojha, historian and author and member of the ESG Council of INDICA.

Abstracts of 300 words (font size 12, Times New Roman, 1.5 line spacing) must be sent by email to namaste@indica.org.in with the title of the Conference mentioned in the subject. Abstracts should provide a brief description of the topic and, if required, the theoretical focus, objectives, study area, and research methodology. Acceptance of the abstract will be notified to the author.