Annual Report of Publications for the Year (20-21) 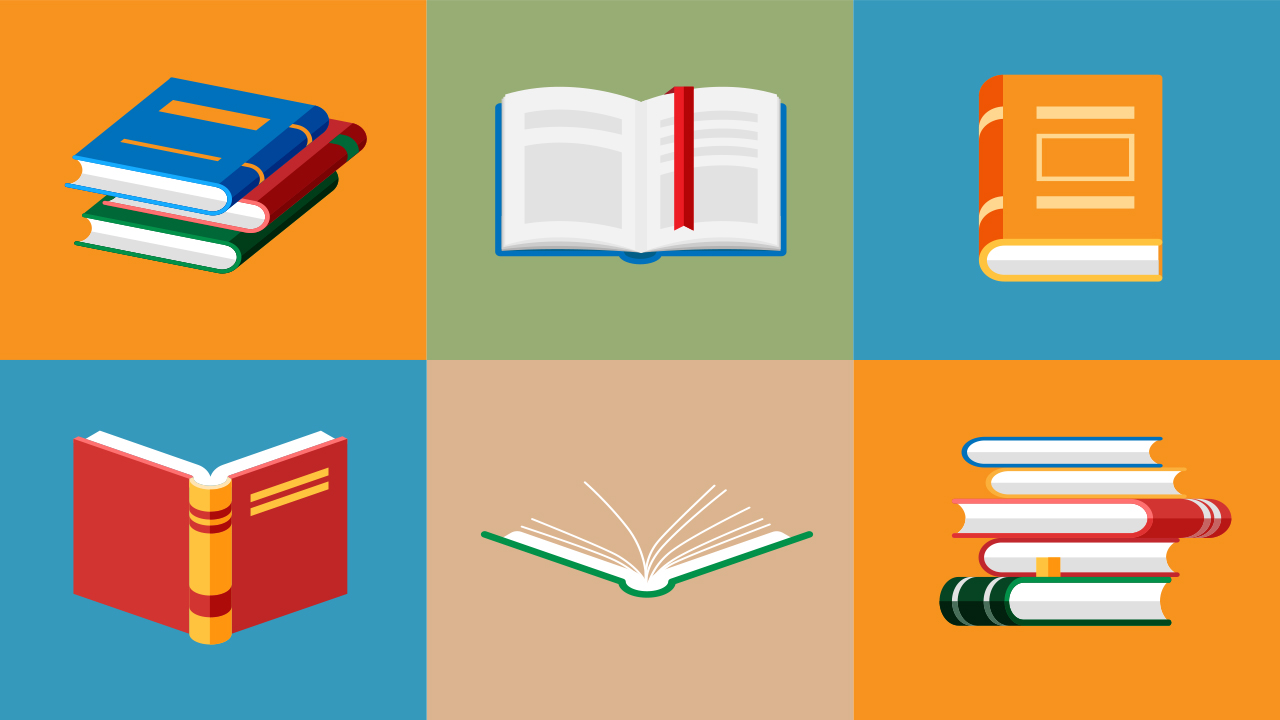 Indic Academy commenced its publication division with a strategic alliance with Notion Press, a leading self publishing house, in September 2018.

In the last three years, we have published 18 titles, either through the above arrangement or through mainstream publishers, under our label INDICA.

We began as a genre agnostic brand and have now graduated to focusing on books related to Indic Knowledge Systems, Spirituality and Coffee table books on our cultural heritage. We are also encouraging PhD scholars to publish their thesis under brand INDICA.

Our work as a leading institute for Indic Knowledge Systems and our efforts to encourage reading and writing through Indic Book Club, have made us a publishing contender of choice for several authors.We intend to remain a boutique publishing house, focusing on quality and not quantity.

Here is a complication of the various titles published by INDICA in the last three years :

Ratul Chakraborty, a highly  accomplished video game maker in India, with his fascination of History and People, authored a book by the name ‘Sutradhar’– a  dramatized retelling of events, myths and legends set across the arc of Indian history. Displaying significant relevance to the current social climate of India and the World, the stories in ‘Sutradhar’ are written from an authentic, firmly rooted Indic perspective, exploring a wide range of worldviews, sociological schemas and philosophical approaches within the context of the narratives.

Acharya Dr. K. Sadananda, a Material Scientist by profession who has worked at the United States Naval Research Laboratory as Head of Deformation and Fracture, authored a pioneering book by the name ‘Transcending Science’. The book illustrates how to transcend the subject-object duality, using the Yoga-Sastra discussed in Gita and Upanishads, and to abide in the knowledge by overcoming all the mental obstacles that arise in the process. Transcending Science deals with the limitations of the objective sciences and also discusses how to prepare the mind so that it can SEE the truth.

Indic Academy launched this publication in the month of April 2020.

Acharya Dr. K. Sadanada, in the month of July 2020, published another book by the name ‘Self and the Supreme’ that offers us a treatise on spiritual development, by mapping the routes- a sincere aspirant of Spirituality takes, as he goes on to discover the Ultimate Reality hidden behind thick layers of the mundane everyday world. Sadaji in this book, displays his poetic talents in the shlokas composed in Sanskrit by him in the memory of his mother, weaving recognizable milestones describing the various stages in spiritual development.

After inviting entries from young students for a story writing competition on Lesser known characters of Mahabharata, Sai Swaroopa Iyer mentored ten promising enthusiasts (including a 13 year old high schooler) including enabling their participation in an online workshop- after which each of them fine-honed their  work with the craft of storytelling. This resulted in publishing the first of its kind- short story anthologies based on Mahabharata, titled ‘Unsung Valour -Forgotten Warriors of The Kurukshetra War’. The stories written are such retellings pregnant with the poetic re-imagination of young students, while keeping the word of Bhagwan Vyasa firmly entrenched in each of their hearts.

Indic Academy launched this anthology  in July 2020 through Bloomsbury.

Prof. V.Krishnamurthy, a former Professor of Mathematics and Deputy Director of BITS Pilani, on account of his deep systematic training in the Vedic tradition and Shastras from boyhood, authored ‘Thus Spake Krishna’- an easy to understand elucidation of the philosophically profound Bhagavad Gita. The writing is mathematically precise, making Krishna’s teachings accessible and relevant for anyone today.

Indic Academy launched this publication in the month of December 2020.

Sai Papineni, a senior marketing professional in Bangalore with published works in Telugu and English authored the book Hymns of Harappa– to bring forth a new approach that takes into consideration hitherto ignored information from the Puranas and multiple relevant disciplines, arriving at a historical narrative and an acceptable chronology for the proto-historical civilization. The work has the potential to be a stimulus to further deeper and specific research in history and such related fields like archaeology, historical linguistics, archaeo-genetics, epigraphy etc.

Deepa Duraiswamy who holds an interdisciplinary PhD at the Department of Sanskrit, University of Madras, went to publish her authored thesis on ‘Temple Management in the Agama-S’ For at least 1500 years, temple design, construction and worship have followed the canon of the āgama-s. Āgama-s are the traditional canon believed to be as old as the Vedas, with detailed manuals on temple-building, consecration and ritual worship. While the world outside the temples – a world of kings and kingdoms – has changed, temples continue to follow the āgama-s in letter and spirit in their everyday religious function, notwithstanding the many changes in administrative formats. Deepa asks the question- Shouldn’t temple management also follow the āgama-s? By studying the activities of the temple, material and manpower required, qualifications and roles prescribed for the temple professionals, this thesis attempts to reconstruct an āgamic temple management framework, using the Kāmikāgama as primary text with other āgama-s, secondary literature and inscriptional evidence as required.

Indic Academy,  in the month of February 2020,  launched the book authored by Saket Suryen on Ram Prasad Bismil– the forgotten revolutionary patriot who sacrificed his life in 1927 during India’s freedom struggle. Saket Suryesh has also famously authored bestselling works like ‘The Rude Tenderness of Our Hearts‘, ‘If Truth Were to be Told‘, ‘A String of Stories‘, and ‘Rescued Poems‘. His Hindi Collection of Political Satires, ‘Ganjahon ki Goshthi‘, also published by Indic Academy, have been received extremely well.

Prof. Dr. Alex Hankey, Ph.D. from MIT and Director at S-VYASA Yoga University guided Dr. Rameshrao, a noted Indian Vet from Bangalorewho  entered the field of astrology in general, and medical astrology in particular ‘by accident’. Their subsequent research in the field of veterinary medical astrology, resulted in a co-authored book ‘The Science of Medical Astrology: The Experimental Proof of Jyotisha’. The book brings out fascinating results of their research narrating the gripping story of many scientific experiments of testing and verifying astrological predictions; and simultaneously provides a physical theory of science behind it.

Indic Academy launched this publication in the month of December 2019

Indic Academy, in December 2019, published Vakkeli (Lit. Wordplay), a collection of Telugu Poems by Arun Vemuri, a  Marketing Communications and Advertising professional with over two decades of experience in India and abroad. Vakkeli, drawing upon the poems written by Arun over 5 years, touches upon various themes like Culture, Cinema, Cuisine, slice of life, eminent personalities and events of India and Telugus, and Indian heritage. Written mostly in a four line format, with few exceptions, the poems are a delightful and bite-size reading with alliteration, rhyming and wordplay (incidentally his pen-name Vakkeli means wordplay) galore.

Indic Academy, in November 2019, launched the publication of Natural Realism and Contact Theory of Perception by Chittaranjan Naik. The book, as Naik says, is a contribution to a larger enterprise of reviving Indian culture and intellectual tradition. It is a philosophical investigation into the topic of Perception, which is crucially important for bringing about such a revival. The fact that perception is one of the central pillars on which the Indian intellectual tradition stands is not obvious to most of us today because we have been acculturated for over 200 years in Western modes of learning and have lost connection with our roots.

Sadaji, as Acharya Sadanand is popularly known, authored a three volume book Journey Beyond A Non-Dual Approach, which was launched by IA in the month of October 2019. The book offers an insightful collection of online discussions by the author on Vedantic wisdom that span over ten years.

Indic Academy, in Janurary 2019, launched the publication  of Saket Suryesh’s book Ganjho ki Goshthi – a collection of contemporary satirical essays in Hindi, where in author Saket Suryesh looks at the current socio-political scenario and recreates the magic of Hindi satire once visible in the world of Sharad Joshi, Shrilal Shukl and Harishankar Parsai.  In one way, Ganjho ki Goshthi is a dig at the inconsistencies of the modern world, modern value systems and modern politics, waltzing around with fictional heroes from the past.

Dr K Aravinda Rao, retired DGP of AP, holds a Ph.D., in Sanskrit, authored  Motivational Verses from Sanskrit Texts– A collection of over a hundred motivational verses from ancient texts like the Mahabharata, the Panchatantra, the Hitopadesa, the Subhashita-s of Bhartrihari and such other texts.  Indic Academy launched this publication in the month of November 2018 . Dr. Rao has been teaching the Gita, the Upanishads and the Ramayana through TV channels and the website of Advaita Academy.

Indic Academy, in October 2018,  announced the launch of debutant writer Bhavesh Kansara’s book “Twisted Threads – A Satire on Power, Politics and Pollution”. The book is a fiction and an edgy political satire that is hilarious and thought-provoking at the same time finding references to the contemporary political context.

Indic Academy, in October 2018, launched the publication Operation Johar by debutant author Abhishek Banerjee. Set in 2003 in the state of Jharkhand and it’s capital of Ranchi, this political thriller which is sprinkled with idealistic teenage love, revolves around how deep the left-wing terror has infiltrated the system and how ‘revolutionaries’ are created.

Prof V Krishnamurthy, former Prof of Mathematics, a Sanskrit scholar and exponent of Vedanta, authored “Thoughts of Spiritual Wisdom”- a collection of his thoughts aimed at ‘any English speaking citizens of the world seeking to know something beyond the needs and pleasures of material welfare.

Indic Academy launched this publication of eclectic wisdom in the month of September 2018.

Manish Jaitly, retired  Lieutenant Colonel after serving for more than 20 years in uniform, largely in J&K, authored the book in fiction titled ‘26/11 Unforgiven’. The protagonist Vikrant Maheshwari, an entrepreneur in Mumbai who unfortunately happens to be at the Taj on the evening of 26/11 and ends up losing his wife and daughter to the bullets of terrorists. The book is a fictional account set in real-time terror events of 26/11.