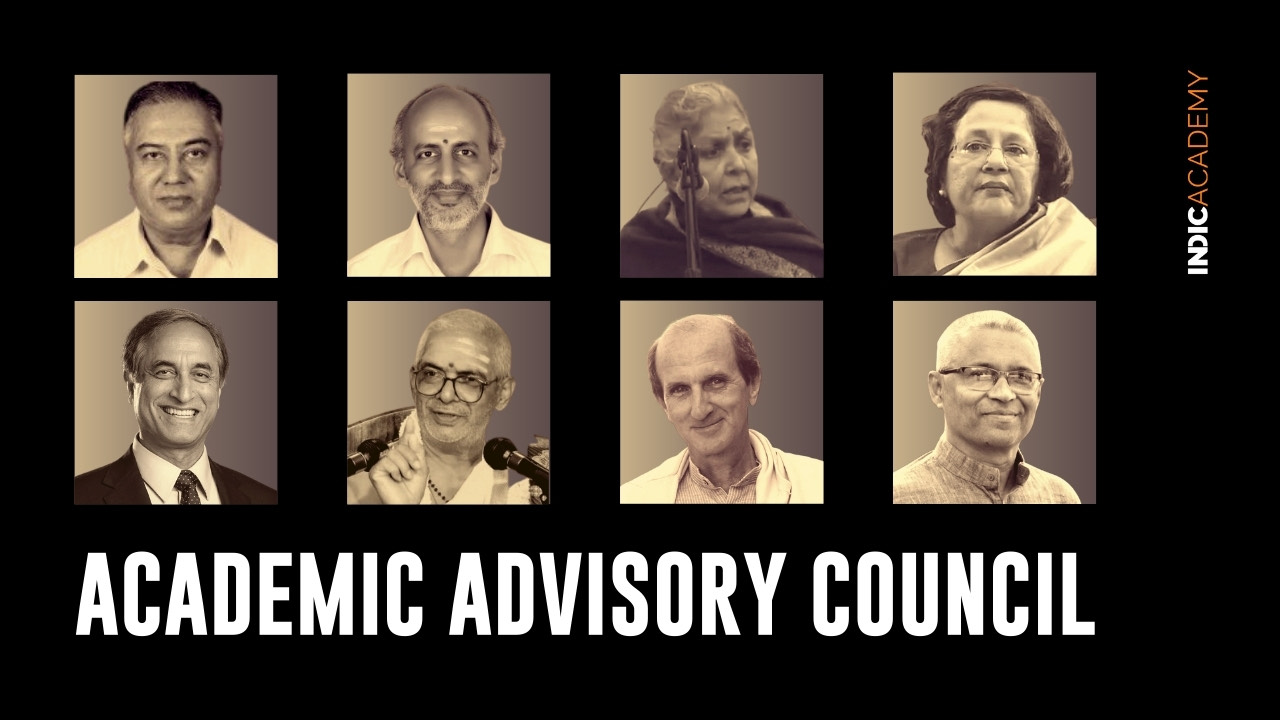 Indic Academy has recently completed 5 years and in a short time has grown rapidly to emerge as a premier institution working for Indic Renaissance. As IA moves to the next phase of growth, suitable governance structures are being put in place. Shared vision and values, process driven and transparent decision making, empowered leaders, periodic reporting, accountability, ensuring diversity and inclusion both within and without the institution are some of the measures that are being undertaken and strengthened.

At the apex level, a governing council and an academic council are proposed to oversee the overall affairs of the Academy both strategically as well as academically.

In this regard we are pleased to announce the establishment of an 8 member Academic Council comprising of the following venerable scholars from diverse disciplines. In time to come, as and when the need arises, the council will also be expanded

We welcome all the scholars and look forward to their strategic guidance.