‘Self and the Supreme’ by Acharya Dr. K. Sadananda 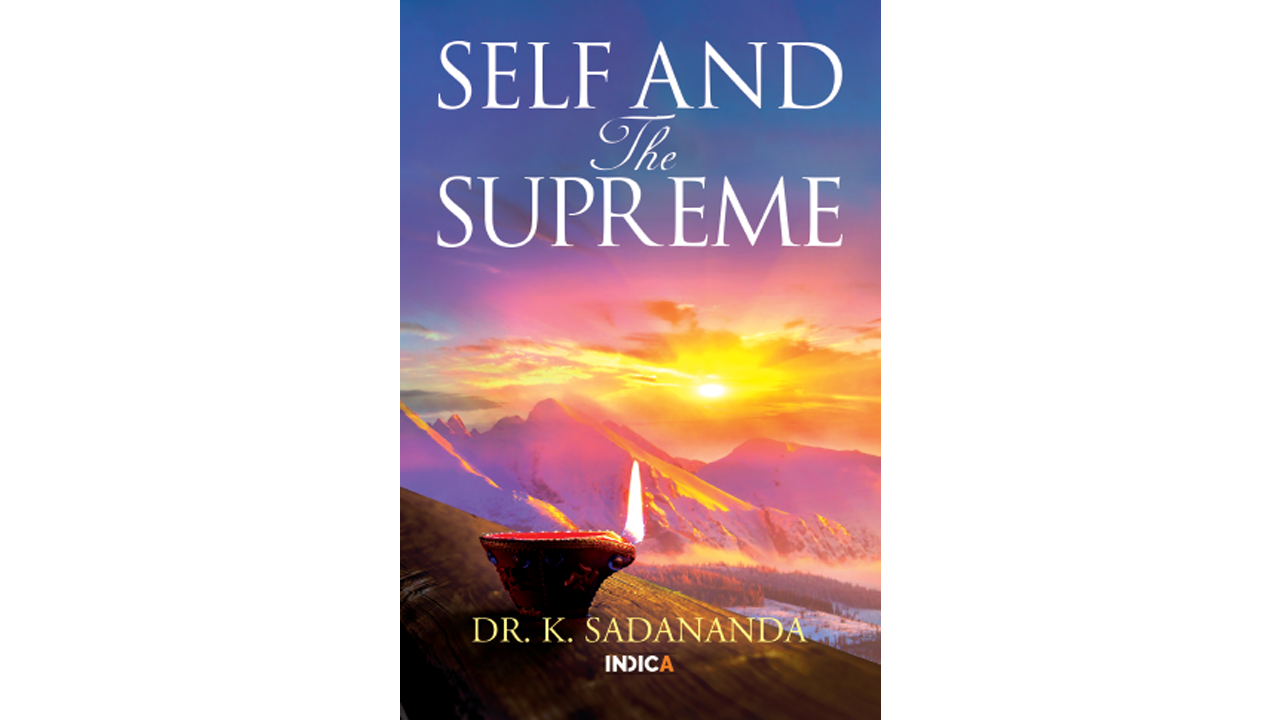 Indic Academy(IA) is proud to announce the launch of the book Self and the Supreme by Acharya Dr. K. Sadananda.

Sadaji offers us a treatise on spiritual development by mapping the routes a sincere aspirant of Spirituality takes, as he goes on to discover the Ultimate Reality hidden behind thick layers of the mundane everyday world. Providing recognizable milestones as one progresses on the path and describing the various stages in spiritual development, Dr. Sadananda weaves a clever sequential arrangement of various articles and blogs published by him over a period of time. The book opens with benedictory essays devoted to the mother, father, teacher, and finally salutations to the Supreme Lord. However, the accent on Devotion stands out as the background theme in the rest of the essays too.

We get to see Sadaji’s poetic talents in the shlokas in Sanskrit composed by him in the memory of his mother. While a few personal anecdotes are shared by him in the context of his father and a listing of his father’s literary accomplishments, Dr. Sadananda demonstrates his complete and unquestioning surrender to his Guru, Shri Chinmayananda, in the various stories he recalls as his experiences with his teacher. After the prayers to the elders, come seven essays on Ramayana, Sundara kanda in particular. Dr. Sadananda says that the Sundara kanda narrates “the journey of Seeta – how Seeta progresses and reaches her goal. It is an adhyaatmic journey – the journey of

Dr K. Sadananda is a Material Scientist by profession, and worked at the United States Naval Research Laboratory as Head of Deformation and Fracture published extensively in Science, and received many awards.  He was also a visiting professor at the Indian Institute of Technology, Madras.  Retiring in 2005, he now works as a private consultant in the United States for six months of the year.

Being a disciple of Swami Chinmayanandaji, hr was a founding trustee of the Chinmaya Mission’s Washington Regional Center as well as Shree Siva Vishnu Temple, Maryland, USA. He served as Secretary and Treasurer of SEVA, Inc., a philanthropic organization formed around 1980 by Chinmaya Mission, to fund projects in India and elsewhere. Currently, he is an Acharya or spiritual teacher of Chinmaya Mission, and splits his time between the USA and India. Advaita Academy has been sponsoring many of his talks on Vedanta and has made them available on You-tube under Acharya Sadaji. He is also author of books, Introduction to Vedanta, three volumes of  ‘Journey Beyond: A Non-Dual Approach’ and ‘Transcending Science.’  published under IA and  available on Amazon, USA, UK and India. He is married to Mrinalini Sadananda, who is a well-known Kuchipudi dancer and Choreographer.