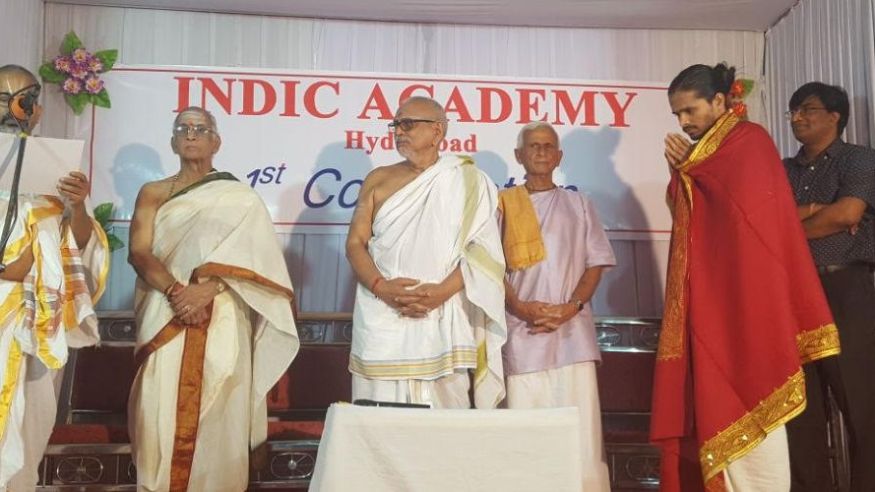 Sri Shiva Sundara Sadguru Sastra Sabha is an annual event held at Tenali, in Andhra Pradesh. This gathering is organized by the Sudharma Rakshana Parishat and it consists of several discourses on Indic Philosophy and it’s various branches such as Mimansa, Vedanta and more. Several Sanskrit scholars participate in these events.

The Sabha also includes a convocation ceremony for the students who have cleared the annual Tenali exam. Indic Academy is providing scholarship support to 39 students who are studying vedanta, vykarna, mimamsa, tarka and other Shastras. Two students who have received Indic Academy’s scholarship are graduating this year; Shri T.K. Narasimhan, a student of the Tarka Shastra has been bestowed with the title of Tarkavidwanmanihi and Shri K. S. Maheswaran Namboodri has been given the title of AdvaitaVedanta Uddeepakaha.

More Details about the Sastra Sabha and the Convocation Ceremony

Students to be felicitated during the convocation