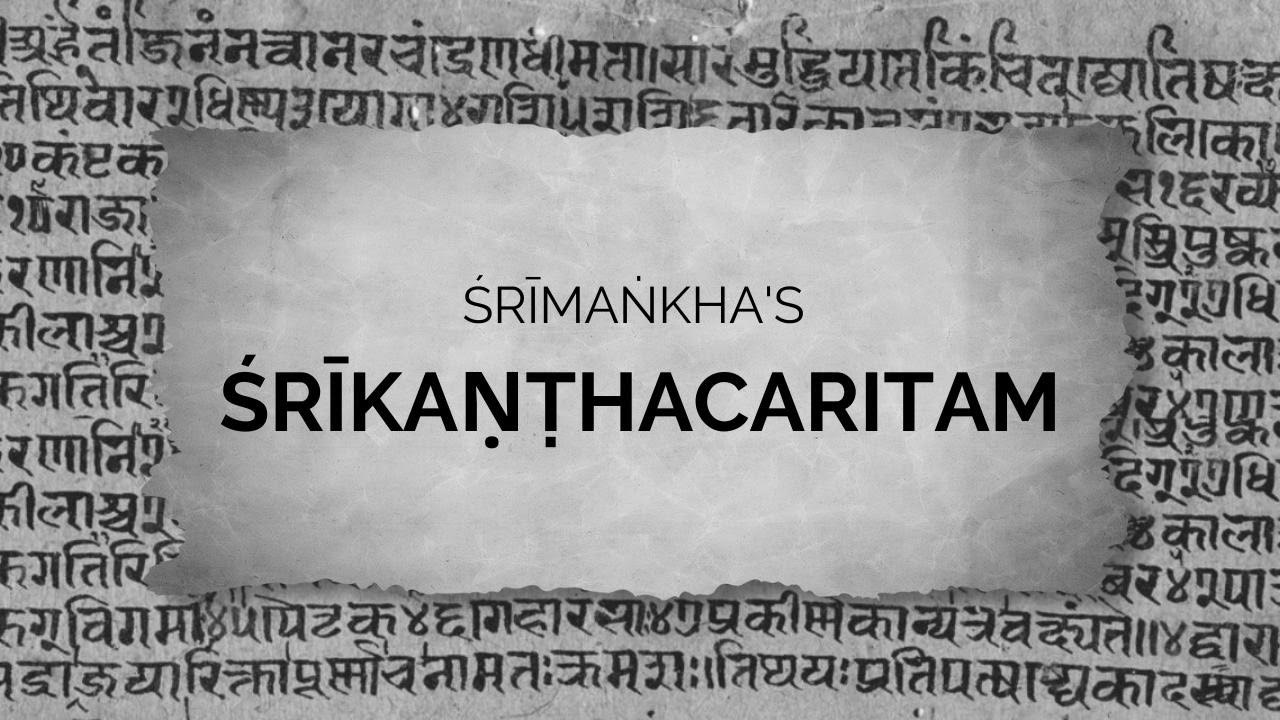 INDICA Classical Library, part of our Center for Bharatiya Languages is pleased to announce the signing of a contract for translation with Shankar Rajaraman, for Śrīmaṅkha’s Śrīkaṇṭhacaritam.

Śrīkaṇṭhacaritam is a highly stylized, 1649-verse long epic poem in Sanskrit that is, amongst other things, replete with cultural insights and historical details about pre-Islamic Kashmir. Its storyline derives from a Purāṇic legend of Śiva destroying the three pura-s (cities) of the asurā-s. Insofar as we have seen, a complete facing-page English translation of Śrīkaṇṭhacaritam, a 12th-century Mahākāvya, is yet to be published. Its stylized nature makes such a translation into English a challenging task, which has been taken up by Shankar Rajaraman.

Shankar Rajaraman is a recipient of the prestigious Badarayan Vyas Samman (2019) from the President of India, Shri Ramnath Kovind, for his contribution to the Sanskrit language and literature. He has also been conferred with the Professor M. Hiriyanna Sanskrit Works Award for the best Sanskrit poet of the year (2013), the Bannanje Award (2017), and the Vagdevi Puraskara (2021) by the Akhila Bharatiya Sahitya Parishad. He has several publications to his credit including the English translations of two Ayurvedic texts (Kṣemakutūhala and Bhojanakutūhala) on dietetics, a Sanskrit Messenger poem (Kokila Sandeśa), a Sanskrit epic (Madhurā Vijaya), a Kannada translation of two chapters (Annabhoga and Pādābhyaṅgabhoga) from the encyclopaedic work Mānasollāsa, and a Sanskrit translation of the Kannada vacana-s composed by Basaveshwara. Some of his many original published Sanskrit poems include Devīdānavīyam, Citranaiṣadham, Bhārāvatārastavaḥ, and Nipuṇaprāghuṇakam. Shankar is currently an Associate Professor at the Centre for Ancient History and Culture, Jain University, Bengaluru.