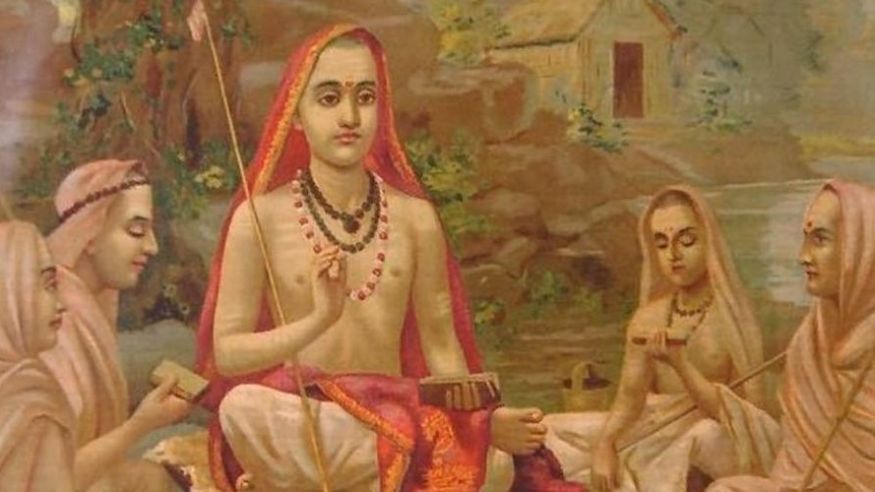 The Indian tradition has always held the Guru with deep reverence. Gurus are enlightened masters, who impart knowledge and wisdom in a desired domain to their students, and mentor them to ensure that the student obtains proficiency, without the desire for any reciprocal gain, material or otherwise. The Guru was the single-most important link for the transmission of tradition and knowledge throughout the history of this civilization, and therefore has been given effusive praise in Dharmic literature. The Upanishads laud the Guru as the “dispeller of darkness” and holds that his grace is necessary for a student to obtain success or spiritual realization.

Indian history is littered with instances of Gurus who have shored up Dharma during times of crisis. Adi Shankaracharya, the great master of the Advaita Siddhanta almost singlehandedly revived the Upanishadic tradition as a living philosophy once again, when India seemed to be overrun by Buddhism and adherents of the Karmamarga. In later times, Ramanujacharya and Madhvacharya developed their own paths from the Upanishads and also popularized Bhakti. During the period of the Islamic invasions, the empires that led the push-back against the Sultanates were nurtured by Gurus during their founding. Swami Vidyaranya of Sringeri inspired the brothers Hakka and Bukka to establish the Vijaynagar kingdom for the purpose of protecting Dharma, which later went on to become a prosperous empire. Chattrapathi Shivaji was influenced by the teachings of Swami Ramdas and often sought his advice on various matters of statecraft.

Amidst the din of modernity, there are several people who perform the task of preserving Dharma, often hidden from the plain eye and without the slightest expectations of name and recognition. It is due to these unsung heroes throughout the ages that so many of our traditions have survived intact until the present times. Indic Academy introduced the concept of #Grateful2Gurus two years ago, an initiative to honour the Gurus living amongst us today.  The programs were typically held to felicitate the Guru by local Chapters of Indic Academy.

This year Indic Academy takes #Grateful2Gurus a further step and opens the doors for nomination and felicitation of Gurus all over India irrespective of presence of a Chapter in your city.  If you happen to know anyone near you who has done exceptional seva for Dharma, is above the age of 60 and has consistently worked for at least a decade to preserve and propagate Dharma and knowledge, here is an opportunity to express our gratitude for them. Visit this Google Forms and give us information about the person. Based on the recommendation of our selection committee we will select Gurus to be felicitated this year. The person who recommends their names then gets a chance to visit the Guru’s home on the day of Gurupoornima i.e., the 27th of July, 2018 and present them with a shawl and a token cheque of ₹ 11000 (which will be sponsored by IndicToday) and post a picture of the same.

Please fill the Google forms here before Wednesday, the 25th of July.