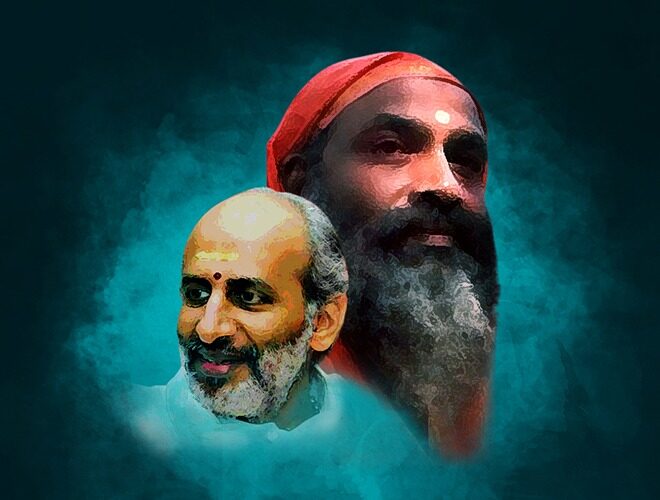 This event is over. See upcoming events

INDICA has instituted an annual lecture in the memory of Pujya Swami Dayananda Saraswati in 2019. The 3rd edition of the lecture will be delivered on 23rd September 2021 by Prof. K Ramasubramanian.

Swami Dayananda Saraswati, born in Village Manjakkudi, Thiruvarur Dist of Tamilandu in India, was a world-renowned teacher of Vedanta in the traditional line of teachers. Swami Dayananda Saraswati had taught Vedanta in India and abroad for more than five decades. His deep scholarship and assimilation of Vedanta combined with a subtle appreciation of contemporary problems make him that rare teacher who can reach both traditional and modern students. A teacher of teachers, Swami Dayananda taught many resident in-depth Vedanta courses in India and a ouple of them in US, each spanning 30 to 36 months. Through these courses Swamiji has created many full-fledged teachers of Vedanta who are sharing the wisdom of Vedanta throughout India and in different parts of the world. Under his guidance, various centers for teaching of Vedanta have been founded around the world. Among these, there are three primary Institutes in India at Rishikesh (Arsha Vidya Pitham, Swami Dayananda Ashram), Coimbatore (Arsha Vidya Gurukulam, Anaikatti), Nagpur (Arsha Vijnana Gurukulam) and one in the U.S. at Saylorsburg (near NJ), Pennsylvania (Arsha Vidya Gurukulam). There are more than one hundred centers in India and abroad that carry on the same tradition of Vedantic teaching.

Pujya Swamiji has also established many institutions in the service of the nation in the field of education, preservation of ancient culture and temple traditions, and so on. The most far-reaching of these is the establishment of All India Movement for Seva in 2000. Awarded consultative status with ECOSOC (Economic and Social Council) by the United Nations in 2005, this organization is devoted to serving people in the remote areas of India, mainly in the field of Education and Health Care. Swami Dayananda Saraswati has also promoted several international events and participated as a speaker in several global forums, among which are: the United Nations gathering of NGO’s, the UNESCO Seoul Global Convention, the United Nations 50th Anniversary Celebration, the Millennium World Peace Summit, the International Congress for the Preservation of Religious Diversity, the Conference on the Preservation of Sacred Sites, the World Council for Preservation of Religious Diversity, the Youth Peace Summit, the Global Peace Initiative of Women Religious and Spiritual Leaders, a Hindu-Christian dialogue with the World Council of Churches, Hindu-Buddhist Meets, and the Hindu-Jewish Leadership Summit.

A world-class scholar of great repute, a historian of Indian Sciences in Mathematics and Astronomy, Sanskrit Guru, Vedic Teacher and Indian Philosopher. His immensely broad erudition, his insights and his popular teachings have been inspiring a new generation of thousands of students, other scholars and teachers to learn and undertake research on the riches of India’s scientific heritage and enabling its preservation. His creative and exciting teachings at IIT Bombay and his unique, unparalleled multi-disciplinary scholarship continues to make an impact with a powerful combination of Science, Sanskrit and Spirituality. His life’s mission has been to inspire society to undertake research and give India its rightful place in the world of history of science and ignite interest in Sanskrit as a language of science.