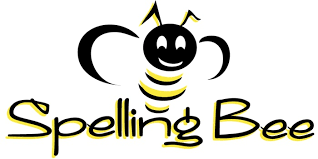 The Center for Soft Power invites applications to study the phenomenal success of children of Indian origin in international Spell Bee Competitions. In 2019, 7 Indian origin children won the prestigious Scripps National Spell Bee Competition after defeating more than 550 other participants. And for the first time in the history of the 92 year old Championship there were 8 co-champions. In 2018, the winner Karthik Nemmani was the 14th consecutive Indian champion in 11 years.

A majority of the participants have personal coaches and also a list of words compiled by former spellers, who incidentally are also of Indian origin. Much has been speculated about the dominance of Indians in Spell Bee competitions. Is it an innate ability wired into the DNA of children whose ancestors were steeped in an oral tradition which requires one to remember sounds and spellings? Or is it the desire to excel by the Indian community in a stage which brings fame and fortune.

The stakes are high with prize money as high as $ 50,000 in the Scripps competition, requiring years of practice and learning.

CSP invites scholars to research this trend. Interested research students and scholars may send the statement of interest to namaste@centerforsoftpower.org. Remuneration will be discussed and finalized with the selected Scholar.