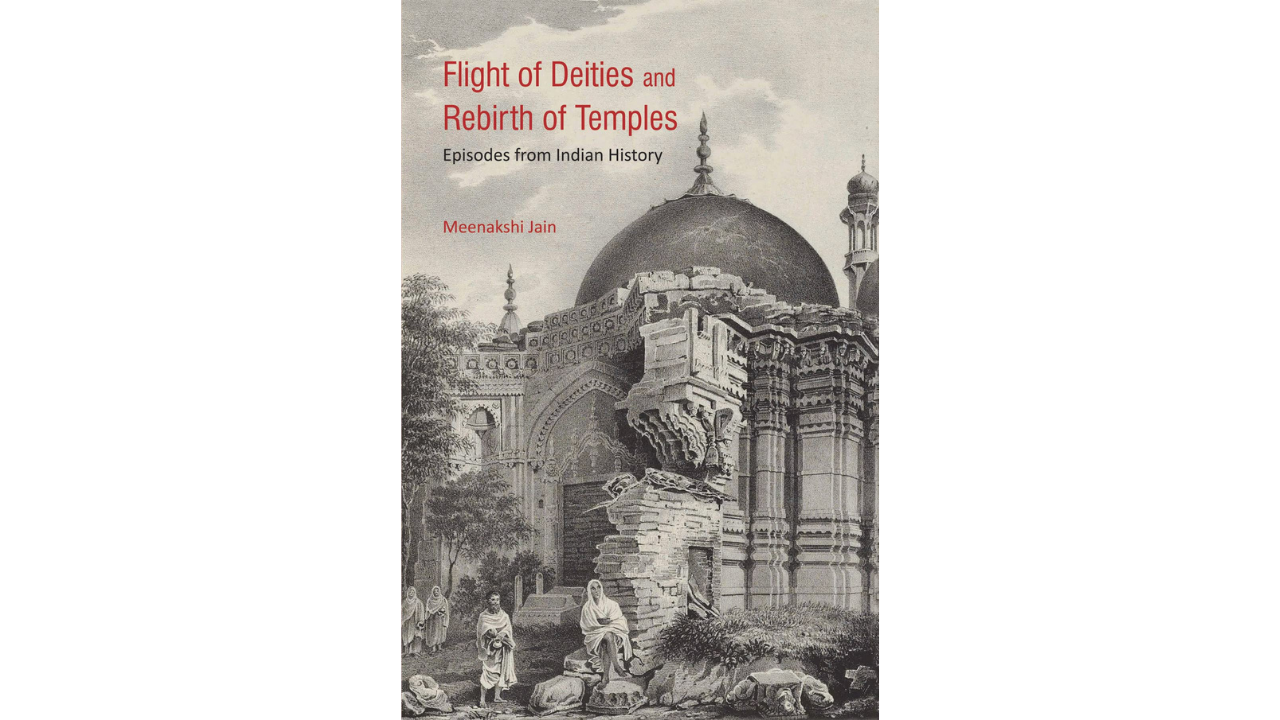 A few months ago, I was watching a video recording of one of Padma Shri Meenakshi Jain’s Indic Academy lectures. The lecture was based on her recently published book Flight of Deities and Rebirth of Temples Episodes from Indian History. As Padma Shri Dr. Jain narrated some of the stories of the flight of deities, I listened spellbound with rapt attention and teary eyes. Our ancestors took so much trouble – traveled hundreds of miles, put their lives in danger, waited for years – just to save our deities from desecration and destruction in the hands of the invaders and foreign rulers.

Massive destruction of Hindu temples and iconoclasm throughout the medieval period is a source of transgenerational trauma for the Hindus. This trauma is accentuated by the fact that no standing grand ancient Hindu temple older than about a hundred years exists in and around the National Capital Region of Delhi. A ruin of 26 Jain-Hindu temple complex, however, does exist, near Mehrauli. The complex was destroyed by the Muslim rulers to erect a victory tower and the Dome of Islam mosque.

Overtime and maliciously, a narrative was perpetuated by Leftist historians that Historically, Hindus were not attached to their sacred spaces, such as temples. One argument presented in support of their blatant misinformation is that Hindus did not leave a textual or literary record of such destruction or trauma. In her painstakingly exhaustive research, Padma Shri Dr. Meenakshi Jain presents the evidence to the contrary. Padma Shri Dr. Jain’s book, Flight of Deities and Rebirth of Temples Episodes from Indian History’ presents numerous examples of the destruction of Hindu temples. The book also presents heartbreaking stories of hiding and protecting deities from the temple.

Amidst this gloom, we have stories such as the deities of Shrinathji and Govind Dev temples, that lift our hearts and spirit. For example, the story of the deity of the Shrinathji temple is awe-inspiring. Fearing an imminent attack on the temple, Shrinathji temple deity was taken from Govardhan hills near Mathura to Agra, Kota, Kishangarh, to Udaipur.

There are several similar flight stories mentioned in Padma Shri Dr. Jain’s book. I invite you to join me in this journey of our deities and turn them into a collection of short stories, a ‘lok Katha’ which inspire our future generations.

A shortlist of selected writers will receive a copy of Padma Shri Dr. Jain’s book. These authors will also be gifted a Masterclass (www.masterclass.com) by a writer of their choice, courtesy Indic Academy. Indic Academy will publish this collection as a book.

Please help me dig up these moorthies and bring them to life and lore. I hope you will join me.

Looking forward to a wonderful journey with you.