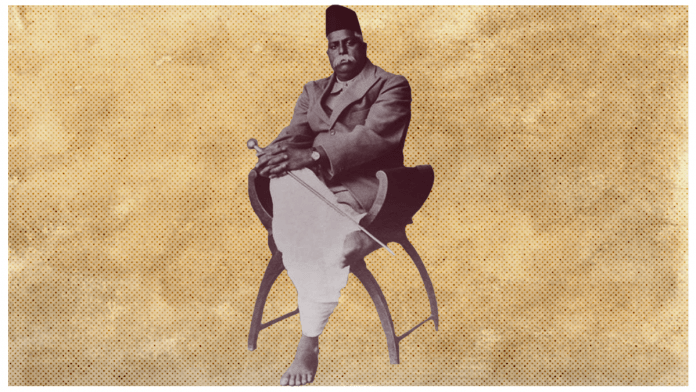 Indic Academy is pleased to announce a Research & Fellowship grant to Advaita Kala for a biography of Dr Kesav Rao Hedgewar.

An extract from her proposal is given below.

“He chose to create a different kind of parivar, one that rose above caste and external divisions that plagued Hindu society and was dedicated to awakening national consciousness.”

A few days before Keshav Rao Hedgewar breathed his last, he stood before a gathering of​ swayamsevaks​ and delivered what was to be his last address. Channelling all of his depleted strength, the fiery orator and freedom fighter, aware that his end was near, set forth his vision as a living testament for the organisation he had created.

He began by saying, “​Swayamsevaks​ have come from all over the country, and what is it that draws our hearts and minds to each  other? It is the Sangh that brings us together.”

Fifteen hundred​swayamsevaks​had gathered to hear the first sarsanghchalak speak, a modest number when compared to the numbers today, but this final address was to be a day of parting. Dr Hedgewar’s health had been failing him, and his passing was thought to be a matter of time. The man who had since its inception been at the heart of the Sangh knew he must even in his passing detach the cult of personality from the RSS. His death and how it was to be handled was to be his last act as sarsanghchalak.

With the end lingering, the organiser articulated what weighed heavy on the minds of the​swayamsevaks​, who held a filial affection and regard for him. The seeds of the ​parivar​ were already planted, although the RSS was only 15 years old.

“You will return today to your own places. I bid you goodbye with all affection. This is indeed a moment of parting but not of grief….Let each one of you resolve unto himself that as long as there is life, he shall never forget the Sangh…the Sangh exists not only for its ​swayamsevaks​ but also for those outside its purview.”

In short sentences, the first sarsanghchalak articulated what is known to most familiar with the RSS ideology: the Sangh is above the individual, even its Sarsanghchalak, and it doesn’t seek exclusion. And it is the Sangh which remains eternal.

As he lay in bed on 20 June 1940, the great freedom fighter, Netaji Subhas Chandra Bose visited Nagpur to meet him. It was already too late, as Doctor Saab floated in and out of consciousness, at one point he asked a swayamsevak, Yadavrao Joshi, if his last rites would be performed in a military style. Always forthright and planning ahead, Dr Hedgewar rejected this assumption stating that the Sangh was a family and not a formal organisation. His last rites, he insisted, should be conducted as one would for a family member. He knew, in death as well that he set a precedent.

There is much to be traced in his life that brought him to this point of complete clarity of thought, from his beginnings as an orphaned adolescent, a revolutionary and a freedom fighter, his time in jail facing hard labour for participating in the freedom movement, his imbibing of Swami Vivekananda’s call to organise Hindu society, his conscious rejection of a comfortable life as a qualified doctor despite his poverty and his turning away from marriage and familial obligations instead choosing to create a very different kind of ​parivar​, one that rose above caste and the external divisions that plagued Hindu society.

The latter prompting Mahatma Gandhi to state, ‘“I had visited the RSS camp years ago at Wardha. At that time the founder Shri Hedgewar was alive. The Late Shri Jamnalal Bajaj-ji had taken me to the camp, and I was impressed by their rigorous discipline, the complete absence of untouchability and simplicity” (published in the​ Complete works of Gandhi,​ section 89, page 193-194).

Since his passing, the Sangh has grown exponentially, its ideology attracting lakhs into its fold. Its own definition of itself has evolved as has its engagement with society. Dr Hedgewar’s prescience and ability to view the organisation above himself meant he left no hard and fast rules that tied the organisation to him or his era, each sarsanghchalak that followed responded to his times and hence the presence and the history of the Sangh became a progressive unfolding as opposed to a listing or oracular telling. What the Sangh will be a decade from today is hard to predict, but for its core guiding principles, the only other thing that may be said with certainty is that the RSS will evolve with the nation. It has since its inception tied its destiny with that of Bharat.

Doctor Saab passed away 79 years ago, but the organisation he created is alive and growing. However, prescience was not his alone but was also exhibited by V.D. Savarkar, who said when news of Dr Hedgewar’s death reached him, “Hedgewar is dead, long live Hedgewar”.

The man who rejected attempts of a biography on him lives on through the organisation he created.

As the RSS moves towards its centenary, the time has arrived to present an authoritative account of the life of its founder, Dr Hedgewar, self-effacing in life, he laid the foundations of an organisation that has grown to be the largest voluntary organisation in the world. Understanding the life of Keshav Rao Hedgewar is critical to understanding the temperament and the mission of the RSS.

As India moves into a leadership role in the world and the BJP is the political party of today and of the foreseeable future, an insight into their ideological axis through the life of Hedgewar will be a valuable resource for reference and engagement for future scholars and interested readers.

Advaita Kala is a best selling and internationally published novelist. Her debut novel “Almost Single” has sold over a 150,000 copies in India alone & has been translated into multiple languages, including French, Marathi & Hindi. It was also selected for the Bantam Discovery Program, a prestigious publishing program run by Random House USA, that introduces new voices in fiction to the American reader. Advaita is an award winning screenwriter, most notably of the film Kahaani. Unique to Advaita’s writing is her ability to cross genres, she has written a TV show for prime time television, film, fiction, numerous columns in leading publications on a range of issues from politics to social concerns and womens rights.Her film and literary work has focussed on themes of female empowerment and experience. She is also a popular food columnist.A regular on television news debates, she is a commentator on wide ranging social issues. She is now switching writing genres (to non fiction). Possibly the only working writer in India who is writing and has written in multiple genres. She also curates Words Count – The Festival of Words and a podcast called “The Democrat” that engages diverse ideological viewpoints in conversations on the issues that impact India.

100 Women Achievers (2016) by Ministry of Women and Child Welfare