Ayurveda Antiquated or State of the Art 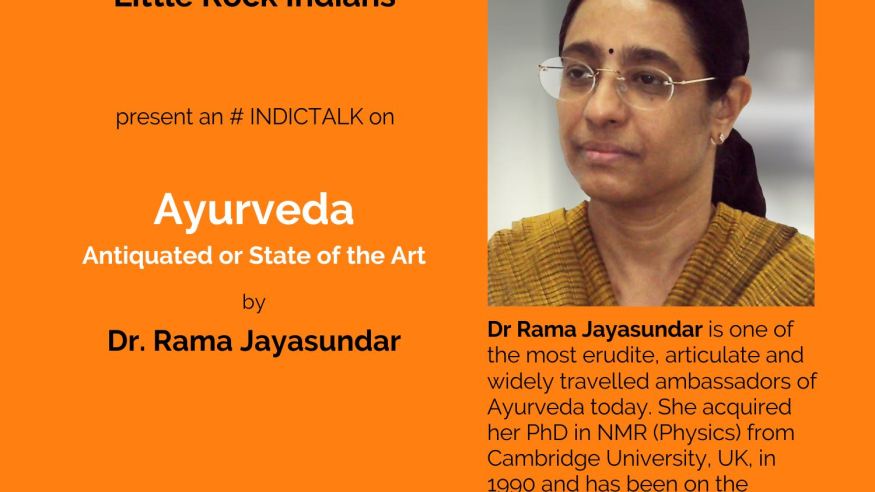 Ayurveda as a system of medicine started during the Vedic period. The classical texts on the subject mention that the knowledge was passed down from the Gods to sages and then to human beings. People who have grown up with exposure to modern medicine may often think, erronously, that Ayurveda is just an antiquated system of medicine. In Ayurveda we have the concept of the three doshas, and how to achieve a balance them. Additionally there is wealth of knowledge about herbs and their medicinal and therapeutic properties that has been tried and tested over two millenniums. Yet, many today think that Ayurveda is insufficient in curing health problems of today’s world. But is it really so? What is the relevance of Ayurvedic system in created a holistic life, and how does it compare vis-à-vis allopathic system of medicine?

Dr Rama Jayasundar is one of the most erudite, articulate and widely travelled speakers on Ayurveda. She has a PhD. in Physics from Cambridge University and has been on the faculty on the All India Institute of Medical Sciences (AIIMS) since 1993. Dr Rama Jayasundar, in association with Little Rock Indians, will be speaking on Ayurveda at the Unitarian Universal Church.