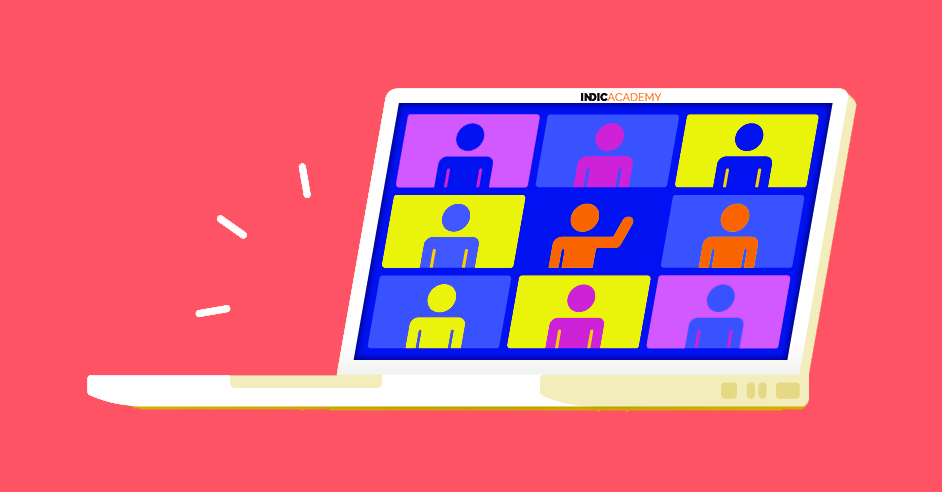 We organise conferences, seminars, workshops, talks, book launches, festivals, screenings, heritage tours, retreats and cultural performances. Some events are organised by Indic Academy, while some are organised by our various platforms and communities.

Due to Covid, all the events during 2020-21 were held online. Given below is the annual report of events organised by Indic Academy. These can be classified into the following:

i) Seminar on Rituals

IA, in association with Chinmaya International Foundation, hosted a day long Seminar on Rituals on April 18, 2020. The event was  conducted as a three part session hosting 16 prominent practitioners & experts  on Rituals, practices and their contemporary significance.

ii) Seminar : From Ritual To Spiritual – The Journey Of Indian Textiles Through The Ages

IA organised a seminar From Ritual To Spiritual – The Journey Of Indian Textiles Through The Ages on 23rd May, 2020. Curated by Shefali Vaidya– author, columnist and textile enthusiast, the seminar witnessed iconic cultural scholar- Padma Vibhushan & Rajya Sabha MP- Dr. Sonal Mansingh, who spoke on the close connection between textiles, tradition and spirituality. Apart from her, the address was  followed by a paper presentation by Sanskrit and Vedic scholar Dr. Sucheta Paranjpe on Textiles in Ancient Indian Literature and a talk by Anagha Ashok Ghaisas of Saudamini Handloom.

In order to capture the foundational relationship between Hinduism, Indic cultures and Ecology, IA on May 16 & 17, 2020 organised an International Conference on Indigeneous Environmentalism. Over 25 scholars, academics, environmentalists, and practitioners from India and around the world participated in over 6 sessions in the span of two days.

With an aim to trace the development of Indian Temple architecture over the years and to talk  about ways in which we can reclaim our sacred spaces, IA on June 20 2020, hosted a unique seminar curated by Shefali Vaidya. The seminar was held in 4 sessions  with renowned archaeologist and an expert in Hindu iconography Dr. G. B. Deglurkar, delivering the keynote address and witnessing the participation of speakers such as  Bharath and Gurpreet – Authors on Chalukya and Pallava Architecture, Ashutosh Mohanty – Odisha art historian, Vijayalakshmi Vijayakumar, Indian Classical Dancer, director – Soft Power Centre, Founder – Gudiya Sambhrama.

IA hosted a webinar on August 5 2020, with a diverse panel to discuss the history of Kashmir, it’s culture and spirituality. The panelists Sunanda Vashisht, Prof. Subhash Kak and Virender Qazi deconstructed the critical role Kashmir has played in the development of the Indic civilization.  A whole range of various cultural markers of Kashmir’s identity, from texts, archaeology, script, linguistics, travelers’ accounts to art, architecture, philosophy were discussed.

To bring forth the Indic perspective on one of the most active contemporary issues of Feminism, Indic Academy (USA), on November 7 2020 conducted a first of its kind virtual seminar on Indic Feminism lead by author, columnist & speaker- Sumedha Verma Ojha. The seminar was graced by an all-women panel to initiate a framework towards putting women’s movements in Indic context. Authors, activists, NGO founders such as Aditi Banerjee, Deepa Bhaskaran, Neha Srivastava, Preity Upala, Sahana Singh, Suhag Shukla, participated in this remarkable online event by marking a departure from the conventional & ideologically dominated discourse.

In premodern India, study of Puranas was one of the means of learning knowledge systems. To recognise and revive this significance of Puranas, Indic Academy invited scholars and researchers of Indic Knowledge systems on a common to participate in a Conference on Puranas which was hosted on March 26th & 27th, 2021. The Conference was inaugurated with the keynote address by Sri Bibek Debroy and saw 31 participants presenting their papers on a variety of aspects of Puranas, segmented into various themes, across the two days.

Under its new initiative ‘Legacy Partnership’, IA, with an aim to reach out to senior scholars and encourage them to think & plan for their legacy by way of Digital, Print and Human Legacy, started a new series Retrospective Prospective- where in a comprehensive look at the entire body of work of the scholar is reviewed along with the possibility of current and future projects. In this light, IA has so far conducted about five Retrospective-Prospective series webinars with 5 senior scholars so far.

IA hosted  Prof. S.N.Balagangadhara (Balu), one of the most prominent thinkers in the world today whose explorations into understanding the West have started to radically alter how Indians describe their being-in-the-world, and their past. The five and a half hour webinar on May 3, 2020 was hosted in presence of a panel of four scholars from the Ghent School of Thought- Dr. Jakob DeRoover, Dr. Sarah Claerhout, Dr. Sarika Rao, Dr. M.S.Chaitra

On June 7 2020, IA hosted a long webinar reviewing the contribution of Vishwa Adluri to Indic thought. Prof. Vishwa Adluri is an Adjunct Associate Professor of Religion and Philosophy at Hunter College, New York. He holds a triple PhD in Philosophy and Indology and is the author of numerous books, including a recent and highly acclaimed critical history of German Indology. The 5 hour webinar along with other panelists like Joydeep Bagchee, Ed Butler and Gautam Chikermane, showcased Adluri’s work on the historicist underpinnings of Western/German Indology.

On June 20th, IA as part of the Retrospective Prospective Webinar series, IA hosted Padma shri awardee, Indian author and Visiting Prof. at IIT Gandhinagar, Michel Danino, who is known for his hugely significant scholarly literary efforts — 4 books (with another 6 edited volumes), a large number of translations, over 30 books chapters, 30 research articles, and numerous popular essays and videos. A diverse panel of interlocutors conducted a dialogue with Danino on his decades of work and explored the rebirth of India in contemporary times.

To mark the historic consecration  of Ayodhya Ram Mandir and it’s bhoomi puja on August 5 2020, IA hosted a two part webinar on Ayodhya: An Inflexion Point for Civilizational Revival by inviting renowned Prof. of History, Meenakshi Jain, whose contribution towards Shri Ram’s and Ayodhya’s historical legacy has been remarkable. Part-I of the Webinar also hosted PS Narasimha, Former Additional Solicitor General and Senior Counsel at Supreme Court of India and Ashok Chowgle, President of VHP.  While in Part- II,  Shefali Vaidya, Abhinav Agarwal, Dr. Swadesh Singh and Hariprasad N were the speakers in discussion with Meenakshi Jain.

The annual report of events organised by our various platforms and communities will be published in their respective individual annual reports.